Internacional vs São Paulo: betting on a draw 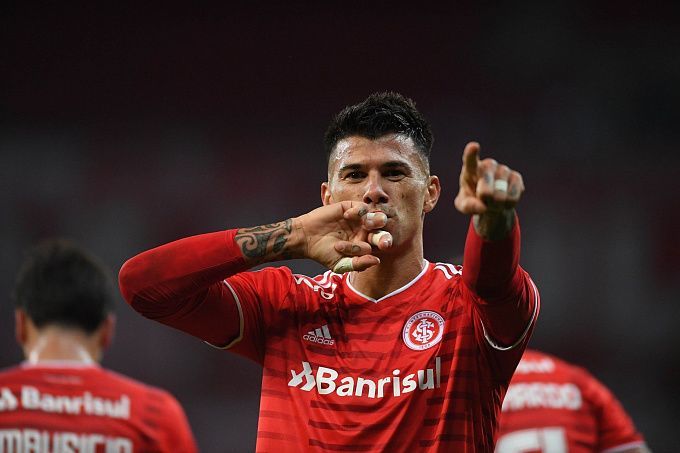 In the next match of the Brazilian Championship Serie A Internacional and Sao Paulo will meet. Both teams, to put it mildly, do not look the best at the start of the Serie A season. Moreover, Sao Paulo is in the relegation zone. Nevertheless, we expect an interesting encounter between these two Brazilian giants.

Internacional is in 14th place in the Brazilian championship standings, five points away from the relegation zone. In turn, the South American Cup zone is two points ahead of the Colorados, so if the team from Porto Alegre needs to win the upcoming game, and it is quite possible that they will make it there. The momentum of the mid-tier team is pretty good, however, hardly one victory in the last five games can be called a big success for them, as they are aiming for a place in the Libertadores Cup. After beating Chapecoense 2-1, Inter can't win in three consecutive rounds. During this period, the Colorados have two draws, against America and Corinthians, as well as a loss against Palmeiras. Also note that Internacional has scored in the last five consecutive matches.

In the last round, São Paulo lost again, this time 1-2 to Bragantino at Morumbi. In total, the Tricolores have not been able to win seven matches in a row and almost a month since the cup game against 4 Julho Esporte. Not surprisingly, Sao Paulo in the Serie A standings is only in 17th place, i.e. in the relegation zone. On the road, Sao Paulo has the 18th place in the division, +0=2-3, 1-6 goal difference.

Note that Sao Paulo, as bad as it is right now, scored last round against Bragantino, the leader of the Brazilian championship at the moment. For its part, Inter has conceded goals in its last six games in the Brazilian championship, while scoring itself in its last five games. We believe that the teams will also exchange goals in the upcoming game. As for the outcomes, let's not be surprised by a draw. We'd like to offer you such odds for this match: X for 3.10, TU 2.5 for 1.58, exact score 1-1 for 6.50.