Juventude vs Athletico Paranaense Prediction: Bet on the Guests 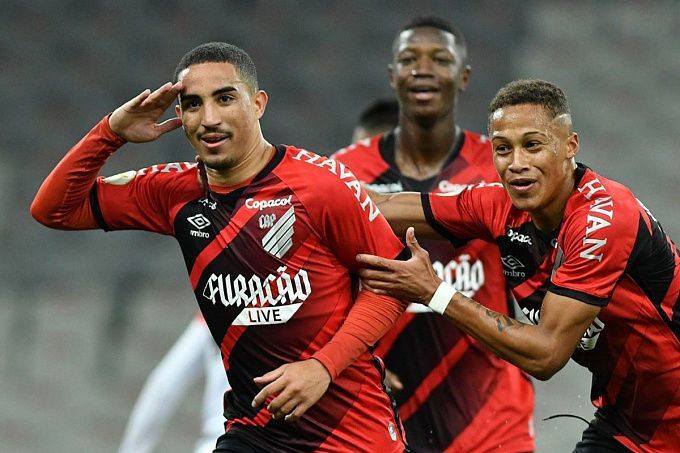 One of the matches in Brazilian Serie A round 10 will be between Juventude and Athletico Paranaense. The hosts are quoted as slight favorites, while the Red and Black have some personnel difficulties.

In general, the recent results of Juventude can be called good. In the last 4 games, they have collected seven points, losing only to South America's strongest team of last season, Palmeiras (0-3). Also in this period, there were victories over Avaí and Fluminense and a draw with Fortaleza. Despite the good results, Juventude remains in the relegation zone, namely in the 18th position, with an asset of 10 points. Juventude's home stats are 16th in the division, +1=2-2, 4-7 goal difference.

After losing to Fluminense, Athletico Paranaense has a five-match unbeaten streak. In Copa Libertadores the Red and Black achieved their goal, finishing second in Group B and making the playoffs of the tournament. In the Brazilian championship, Athletico Paranaense defeated Avai and Cuiabá and settled for a 2-2 draw with Santos. Before round 10 starts, the visitors are eighth in the championship standings, only one point behind Sao Paulo, which in turn is located in the top six. Athletico Paranaense has only the 16th statistic on the road in Brasileirao, +1=0-3, 2-7 goal difference.

Juventude and Athletico Paranaense have played each other 17 times: +8=4-5, 30-19 goal difference in favor of the Red and Black. It should be noted that the opponents have faced off only in Serie A. There have been eight matches played on the Juventude field, with four wins for the home team and two draws, and two wins for the Red and Black. In the 2021 season, Athletico Paranaense defeated their opponent twice, 3-0 on the road and 2-1 on the home field.

Last season, both head-to-head encounters between Juventude and Atletico Paranaense ended quite productively, and in the current championship both teams often delight us with productive matches. It can be assumed that in the upcoming game they will score at least three goals. As for the outcome, we are going to side with the visitors in this match; we believe that Athletico Paranaense will be closer to winning. Here are the betting options for the upcoming match: