Palmeiras vs Ceara: the Champion to Begin the Serie A with a Solid Victory 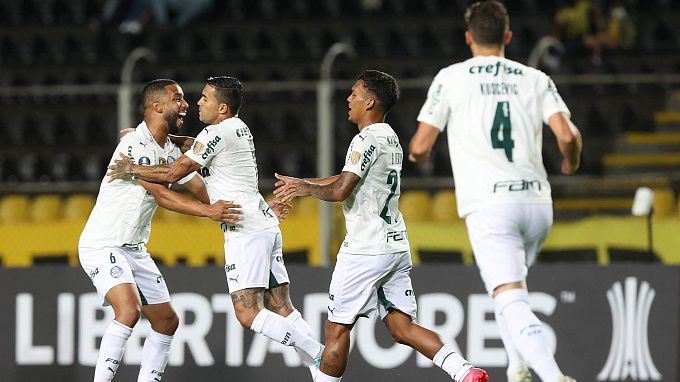 In the round 1 of the Brazilian Serie A, the strongest team in South America of the last two seasons will face Ceara. Naturally, the bookmakers are on the side of the home team. However, Ceará, representing Brazil in the South American Cup, should not be overlooked either.

After the defeat at Morumbi, it seemed that the Paulista state champion would be São Paulo, who had beaten the Greens 3:1 in the first match. However, the Verdao turned everything upside down in the return match, beating their worst enemy 4:0 at home. Danilo and Rafael converted moments, Veiga also scoring a double. Four days after the defeat of São Paulo, Palmeiras thrashed the Venezuelan team Deportivo Tachira on the road, with the same score of 4:0. It was Rafael Navarro who scored the double, while Dudu and Veiga each shot. It is obvious that Palmeiras is in great shape and will try to start the Brazilian championship with a confident home win.

Almost two weeks passed between the last match in the Copa do Nordeste and the opening game in the South American Cup. Ceara dropped out of the domestic tournament at the quarterfinal stage, losing in a penalty shootout to Club Regatas. For the international tournament, the Black and Whites began with a 2:1 home victory over Argentina's Independiente. The Argentines were first to take the lead in the game, Togni scored a goal in the 32nd minute. But the Brazilians had enough character and charisma to not just get back into the game, but also dominate. Moreover, Luiz Otavio sent the second goal when Ceara was already playing in the minority. In general, the Black and Whites approached the match against Palmeiras in a improved mood. However, we doubt that the Serie A average performer has the strength to fight the club from São Paulo on the other side's turf.

In the last seven games involving Palmeiras, a total over (1.5) worked out. We expect that the upcoming meeting will also be quite productive, we will see at least two goals. As for the outcome, after the defeats of Sao Paulo and Deportivo Tachiro, we doubt that the Greens will concede points in the opening game.

Palmeiras is in great shape. What is the condition of Ceará now is not quite clear, given the weak performance of this club at the Copa do Nordeste. On the side of Verdão is not only the current form but also the field factor. It is enough for the strongest team on the continent to achieve a confident victory.

We do not expect a very productive match, both teams played in midweek matches in the international arena. We doubt that Ceara will score at all. But we expect two goals from Palmeiras.