Palmeiras vs Corinthians: Big Green to win the derby 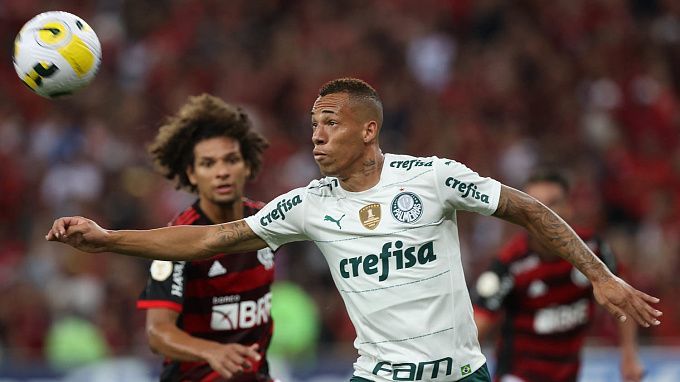 Round 3 of the Brazilian Serie A will feature the São Paulo derby, Palmeiras to face Corinthians. Verdão is quoted as the favorite in the pair, despite Timão having a dashing start in the championship and, in general, making a good impression in April 2022.

Palmeiras started the season by winning the state championship, beating São Paulo in the final match. After the state championship, the Copa Libertadores Cup began, where the Big Green have already played two games: 4-0 over Deportivo Tachira and 8-1 over Independiente Petrolero. Palmeiras is likely to secure a playoff spot in Copa Libertadores after four rounds, or at least that's how things are going. As for Serie A, Verdão kicked off with a 2-3 defeat against Ceará, Verdão did not play their best match, but Ceará, on the other hand, showed a reasonable level and intensity. The follow-up in Serie A was not spectacular either, with two draws against Goias and Flamengo, both of the matches away. Palmeiras enter round 3 in 15th place, four points behind leading Corinthians and Atletico Mineiro, having played one game more.

Palmeiras won the state championship; Corinthians obviously did not. Moreover, Timão could not even make it to the final, losing one step before the decisive stage to São Paulo. Like Palmeiras, Corinthians represents Brazil in Copa Libertadores. Still, after two rounds played in South American soccer's most prestigious tournament, Timão have only three points: an away loss to Bolivia's Always Ready and a home win over Deportivo Cali. Also, Corinthians have already managed to bounce back against Portuguesa in Copa do Brasil, a 1-1 draw, and Timão are leading the peloton, having beaten Botafogo 3-1 and Avai 3-0.

Palmeiras and Corinthians have played each other 67 times in three tournaments: Serie A, Paulista, and Copa Libertadores. Overall, the slight advantage is on Corinthians' side: +25=19-23, 74-83. In Serie A, the advantage is on the side of Palmeiras: +14=10-13, 51-41. The opponents have crossed paths 31 times: 12 wins for the home team, 11 draws, and eight victories for Corinthians. In Serie A: +7=7-4, 23-18 in favor of Verdão. In 2022, the rivals already played each other in Campeonato Paulista and Palmeiras won that home match with a score of 2-1. In the 2021 season, the teams crossed paths four times: two draws and one win each for Corinthians and Palmeiras.

The current tournament situation forces Palmeiras to only play for a win in the upcoming game. The Big Green have already played a game more than Corinthians, but at the same time, have four points less in their assets. Increasing the gap is definitely not good for Verdão, do not forget that Atletico Mineiro, their main rival, also has six points after two rounds. Falling start in Serie A can only be made up for with wins, specifically a victory over Corinthians in a home game. W1 for 2.05 at 22bet.

The last three face-offs saw both teams score. Considering Timão's good form and Verdão's high motivation, we would not be surprised if this trend continues and the teams exchange goals again in Sunday's match. Once again, we believe in a win for the Big Green. Second bet: W1+BTTS for 5.00 at the line of Bet365.

The last two matches in this derby ended 2-1 in favor of the home team. The trend is clear, we bet on it to continue. Correct score 2-1 for 8.00 at the line of 1xbet.