Palmeiras vs. Fluminense : Will the "Big Green" winning streak extend to nine games? 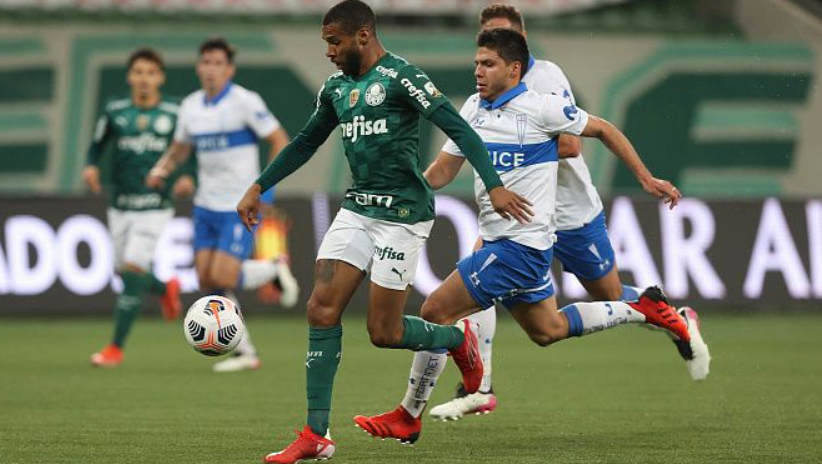 The match between two Brazilian teams, Palmeiras and Fluminense will be one of the key matches of the game day and the 2nd match of the 13 round. The «Big Green» are listed as the favorites, but let's keep in mind that in midweek the Sao Paulo team had a tough match against Universidad Católica in the Copa Libertadores.

Palmeiras have kept a winning streak for eight matches, so there's no use describing the team's shape from the Brazilian metropolis. Moreover, Palmeiras conceded only two goals in the last six games in the match against Santos, the other five games were a win to nil. With such results, it is not surprising that Palmeiras ranks first in the standings, three points over Atlético Mineiro. Palmeiras' home statistics put them in the division's runner-up after Fortaleza, with 5 out of 6 wins and one draw and a goal difference of 14:7.

Fluminense were supposed to play against Cerro Porteño in midweek, but the match was postponed till August. As a result, the "Tricolor" has a break, which gives higher odds to the visitors. Note that in the previous round, Fluminense lost 1:0 to Gremio at the Maracanã Stadium. This defeat affected the standings of the Rio team, currently in 9th place - it is only one point behind Flamengo in the Copa Libertadores zone. As to the away statistics, Fluminense are 5th in the division, goal difference +2=3-1, 6:5. Keep in mind that these numbers are very low.

Lately, the field factor has played a significant role in the confrontation between Palmeiras and Fluminense. At least 4 of the last five matches between these teams were won by the home team. Now, Palmeiras are at their best performance and have an excellent winning streak despite a busy schedule. This streak is very unlikely to be over. At the same time, we doubt that the upcoming game will be productive in terms of scored goals.