Palmeiras vs Fortaleza: Palmeiras will win and score at least two goals 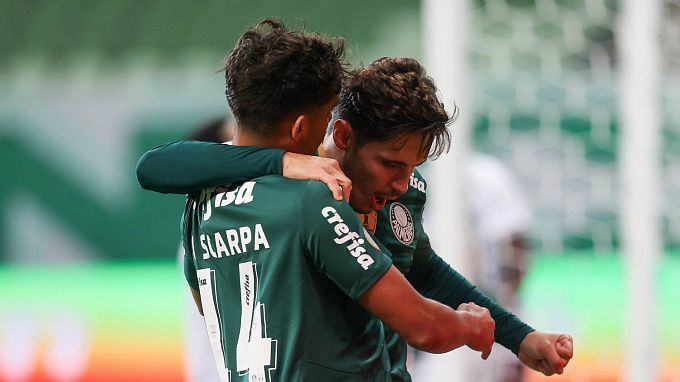 Palmeiras will battle Fortaleza in the fifteenth round of the Brazilian Football Championship. Two of Brazil's top 3 elite teams will meet, so we should expect an interesting and intense match.

Palmeiras' unbeaten streak has lasted for 10 matches, moreover, they won 9 consecutive matches, including two matches in the Libertadores Cup against Universidad Católica. Before the draw with São Paulo, Palmeiras beat Fluminense 1-0. Overall, before the start of the 15th round, Palmeiras leads the league standings with 32 points, one point ahead of Atletico Mineiro.

Palmeiras is already out of the Brazilian Cup; the team from Sao Paulo is focused on the Serie A and the Libertadores Cup. Fortaleza, on the other hand, made it to the quarterfinals of the second most important national tournament, knocking out Regatas in the 1/8 finals. Before knocking out CRB, Fortaleza lost 1-3 to Ceará, beat São Paulo 1-0, and Bragantino in the Brazilian championship. In general, it should be noted that the Tricolor are having an excellent season, before the start of the 15th round, the team is in the third position in the championship standings, behind Palmeiras by five points. If they win the upcoming game, Fortaleza's gap from the Greens will be reduced to two points. However, Fortaleza's away stats are only 11th in the division, +2=2-3, 6-8 goal difference.

Palmeiras had a week of a break because this team does not participate in the Brazilian Cup. But the Greens have a very complicated schedule ahead of them: difficult games in the Brazilian championship, the Libertadores Cup clash with Sao Paulo, a very difficult opponent for themselves. In order to keep the lead, Palmeiras needs a victory against Fortaleza, which will also significantly increase the gap from one of the closest pursuers. Also do not forget that Fortaleza is so high in the standings, first of all, because it plays well on its own field, but not away. We offer the following odds for the game: W1 + H(-1.5) for 3.20, TO (2.5) for 2.25, W1 + Both teams to score -  Yes for 4.00.