Red Bull Bragantino vs Atlético Mineiro: Bet on a Draw

Campeonato Brasileiro Serie A. Round 7 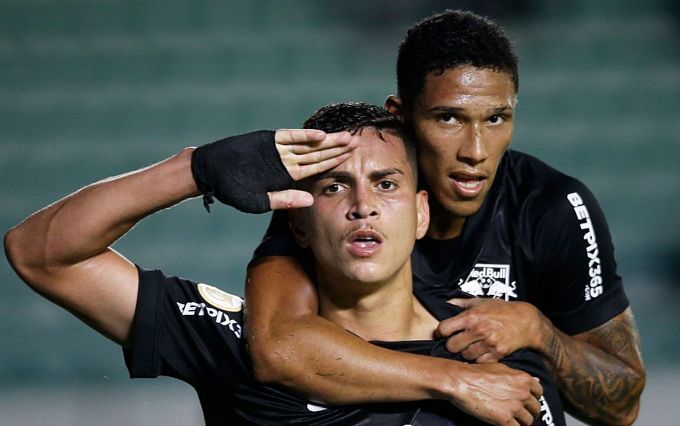 Bragantino will face Atlético Mineiro in round 7 of Campeonato Brasileiro Serie A. The Brazilian representative in Copa Libertadores will face the Brazilian champion. Despite the field factor and recent results in the individual fixtures, the Bulls are quoted as favorites in the pairing.

After defeating Ceará, Bragantino played one match in Copa Libertadores Cup, drawing 1-1 with Argentina's Velez Sarsfield and losing 0-1 to Corinthians at home. It should be noted that the last five matches involving Bragantino saw less than 3 goals scored, and the future hosts are fifth in the Serie A standings, i.e., in the Copa Libertadores zone. Bragantino has played three matches at home in Serie A 2022: victory over Atletico Go, a draw with Sao Paulo, and a loss to Corinthians.

You cannot help but be surprised by Galo's recent results and the fact that the Roosters lost last round game at home to América, which Atlético has already opposed several times this season. As a result, after the loss in the derby, Atlético Mineiro dropped to seventh place in the standings with 8 points, 4 points less than leading Corinthians. On the road, the Athletes have the fifth-best statistics in the division, +1=1-0, 3-2 goal difference.

Bragantino and Atlético Mineiro have played five matches against each other, Galo winning twice with two draws and one win for Bragantino, with a goal difference of 9-9. So far, the opponents have crossed paths exclusively in Serie A.

Both teams can't boast any stability so far. Atlético Mineiro had a long unbeaten streak, tending to play draws recently, and in the last round of Serie A, they lost at home in the derby with América. Bragantino has won only once in the last five games, celebrating an away victory over Ceará. We've already noted that Bragantino has very low-scoring statistics; we think the trend will continue. We also expect the upcoming encounter to end in a draw, but we would not be surprised to see an exchange of goals. Here are the betting options for the upcoming game:

Atletico MG vs Fluminense Prediction: Can Atletico MG Outclass the Opposition at Home?

Avai FC vs Atletico GO Prediction: Both Teams Standing in the Relegation Spots

Flamengo vs Red Bull Bragantino Prediction: Much to Play for as the Two Sides Matchup

Goias vs Fortaleza Prediction: Fortaleza Coming off a Win Against Flamengo