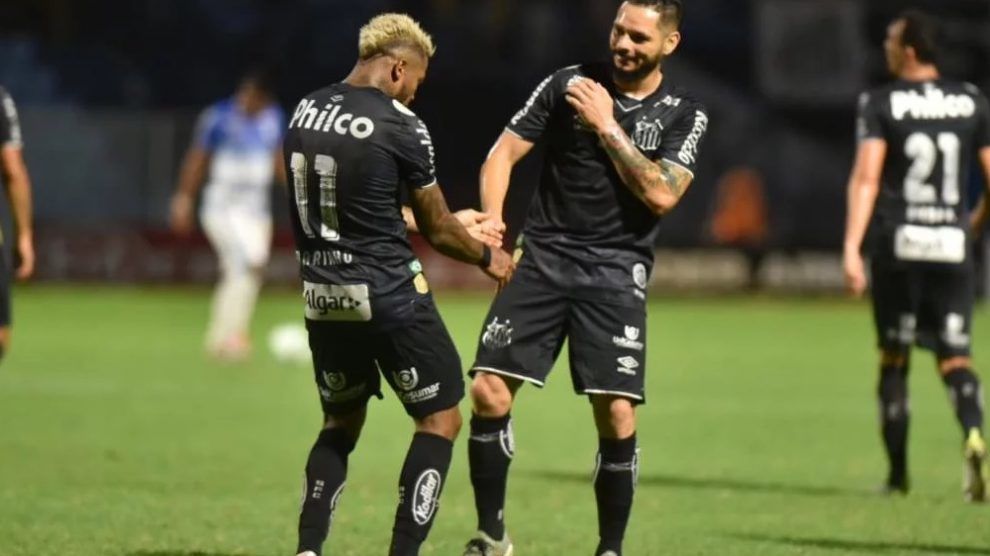 In the upcoming fixture of the Brazil Serie A, Round 35, Santos FC will take on Avai FC at the Stadium Arena Barueri. Going in the contest, the home side finds itself in the top 12 standings, with 12 wins and 46 points. On the other hand, Avai FC is still in the relegation zone, with 7 wins and just 28 points. For the upcoming fixture, much will depend on Santos FC as they have much to play for. The last time these two sides played against each other, Avai FC won 1-0.

Santos FC - Coming off a Win Against Atletico GO (WLLWW)

Going in the game, Santos FC is coming off a win against Atletico GO (2-3), in which Marcos Leonardo, Lucas Braga, and Lucas Barbosa scored goals. With a widespread formation of 4-3-3, Santos FC will certainly look to attack the opposition and play according to their strengths. With an accurate passing percentage of 82%, Santos FC will look to stay consistent and win. For the game against Avai, Yeferson Soteldo, Maicon, and Kevin Malthus will be unavailable for selection. With a goal scoring average of 1.2 goals per game, Santos FC will be searching for an early goal in the first half of play.

Avai FC - Yet to Get Consistent (LLLLL)

In the game against Bragantino, Avai did everything by the book, however, they lacked an express attack to cater Red Bull Brigantino's formation. In the previous game, Kevin scored the only goal for Avai FC and that too on penalty in the 91st minute of play. Aggressing with a 4-2-3-1 formation, Avai FC will look determined to settle the scores and regain its lost form. With a goal scoring average of 0.8 goals per game, Avai FC will look to find loopholes in Santos’ attack and find the winning rhythm.

Going in the game, Santos FC will be the favorite to win and score at least one goal in the first half of play. If Avai FC manages to attack and neutralize Santos, we might observe a fighting draw.