Santos FC vs Juventude Prediction: Santos Looking to Win and Move Near the Top 12 Standings 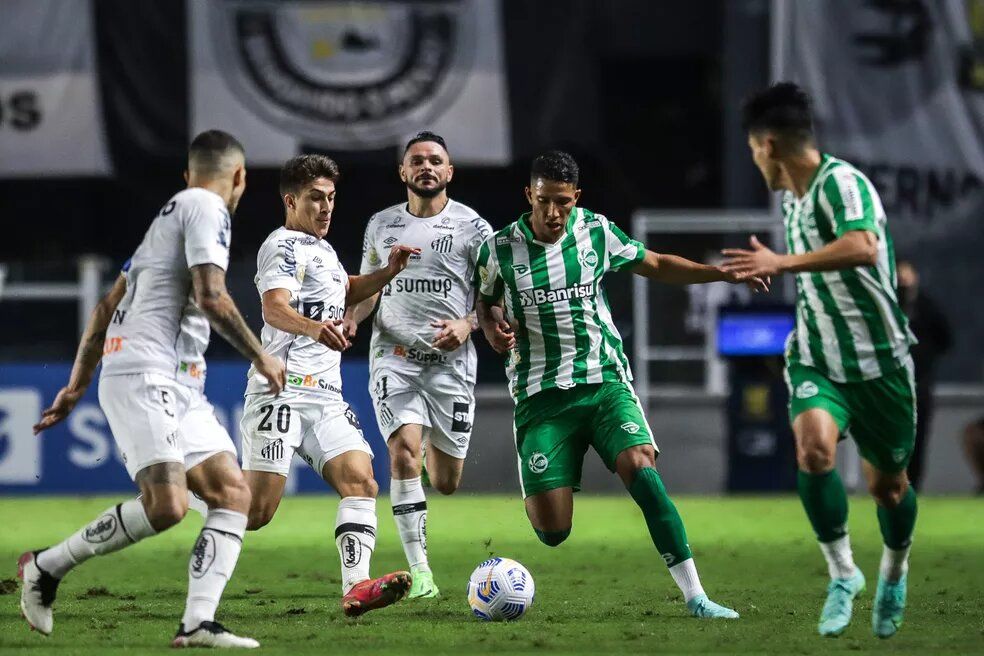 In the upcoming fixture of the Brazil Serie A, Santos FC will take on struggling Juventude at the Urbano Caldeira Stadium in Santos. Going in the game, Juventude stands 20th, in the relegation spot with just 3 wins and 20 points from30 games played. Santos on the other hand stands almost in the touching distance of the Sudamericana qualification spot with 9 wins and 37 points from 30 games played. The last time these two sides played, Santos FC won 1-2 and in the upcoming fixture also Santos FC will be the favorites to win.

Santos FC - Coming off a Defeat Against Atletico MG (LLWLL)

Going in the game, Santos FC is coming off a defeat against Atletico MG (1-2) and before that against Internacional (1-0). With a goal scoring average of 1.1 goals per game, Santos FC will look to persist the way forward and get themselves on the winning track. With an average of 4.4 shots on target per game, Santos FC will attack the struggling Juventude. Marcos Leonardo has the most shots on target per match for Santos FC. For the upcoming contest, Nathan Santos will be unavailable due to suspension in the last game.

Juvnetude - Has a List of Injuries to Make Replacements (DLLDL)

Going in the game, Juvnetude is coming off a draw against Corinthians (2-2) and a defeat against Atletico Paranaense (2-0). With a goal scoring average of 0.8 goals per game, Juventude is likely to struggle as always. Taking positives from the previous game, Oscar Ruiz and Isidro Pitta were among the goal scorers. With many players injured in the team, we might see a revamped lineup for Juventude tomorrow.

Going in the game, Juventude will enter as the least favorite to win, giving all handicap advantage to Santos. The game total is expected to be under 2.5 and Santos FC to win for 1-0.