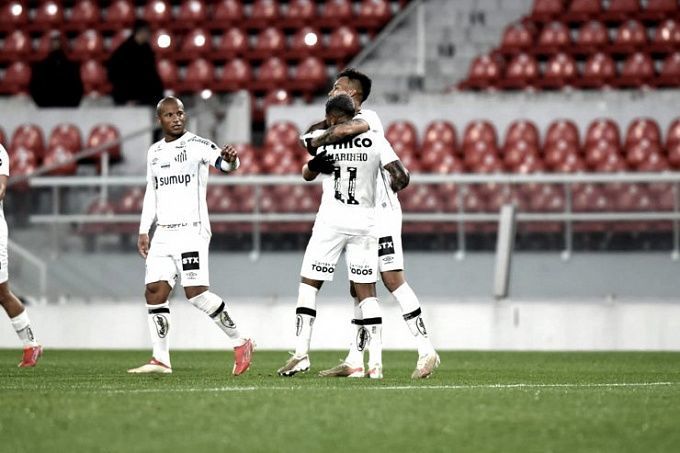 It seems to be the legendary showdown of the two great teams but in reality, the Fish vs the Lonely Star is only a battle of two average performers, much to the regret of the fans of the two clubs. These teams at the moment do not have high goals in the home championship.

After dropping out of the South American Cup, Santos played three home matches. In the Brazilian Cup, the Fish beat Corinthians, but still didn't get into the quarterfinal of the second most important tournament of Brazilian soccer. In Brasileirao, Santos defeated Atlético GO, but lost to Avai in the away match. Such results caused the team to fall out of the top ten, but not of the South American Cup zone. Santos is six points behind sixth Atletico Paranaense. Santos' home stats are ninth in the division, +4=3-2, 14:8 goal difference.

Botafogo's surprising win over Bragantino turned into a 3-match shutout streak. In the cup, 0:2 against America, in the championship, 0:2 against Cuiaba and 0:1 against Atletico Mineiro. It is obvious that Botafogo is in a slump. The team is a newcomer to Serie A, and their main task is to keep their place in the elite. So far, the tournament things are not so bad for Botafogo. Botafogo's away statistics are second in the division, with 14 points in nine games, behind the leading Palmeiras.

The match is not the most significant, however, extremely important for the tournament placing in the middle of the standings. We believe that the upcoming game will be tough and we should pay attention to the total - we don't expect a large number of goals scored in this pair. As for the outcome, Santos looks preferable. Botafogo is on the decline, plus the elite is the new stage for the team that lacks confidence. Whereas Santos may not be the top now, but this club recently played in the finals of the Copa Libertadores.