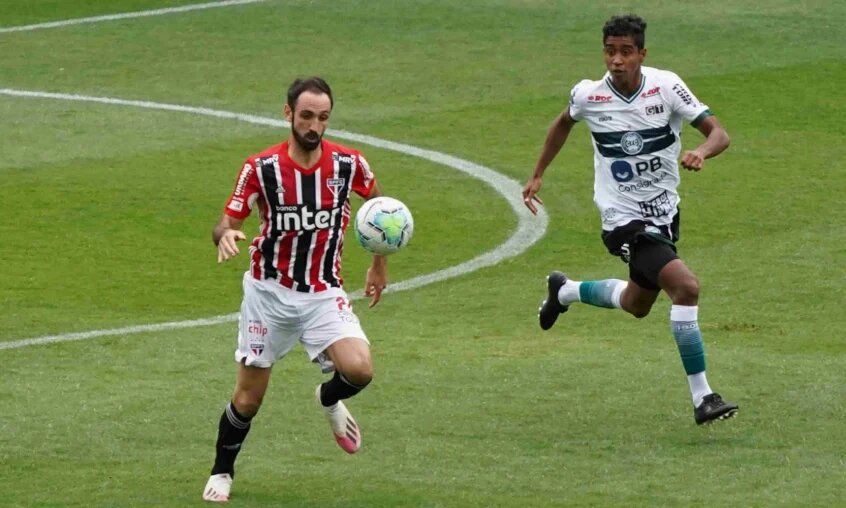 In the upcoming fixture of the Brazil Serie A, Round 29, Sao Paulo will take on Coritiba at the Cícero Pompeu de Toledo Stadium. With Sao Paulo playing at home, the odds will certainly favor them to win. However, both teams will looking a little puzzled with the new faces taking up spots, replacing the injured ones. Going in the game, Sao Paulo stands 12th with 9 wins and 41 points, whereas Coritiba stands 15th with 10 wins adn 34 points; The last time these two sides competed, Coritba managed to pull off a draw at home.

Sao Paulo - Coming off a Draw Against Palmeiras (DLWLW)

Going in the game, Sao Paulo is coming off a draw against Palmeiras (0-0), in which Sao Paulo had just 5 shots on target. Sao Paulo seemd a bit off color as it didn’t created any such big goal scoring chances and won just 3 corners. Sao Paulo had an accurate passing percentage of 76% which can be improved. With a goal scoring average of 1.3 goals per game, Sao Paulo will look to attack Coritiba and win at home this time. For tomorrow’s game, Lucas Beraldo and Nahuel Ferraresi will be unavailable due to red card suspensions.

Going in the game, Coritiba is coming off a defeat against Athletico Paranaense (1-0) and a win previously against Red Bull Bragantino (2-1). In the game against Paranaense, Coritiba had 15 shots with no such goal scoring chances created. The average passing accuracy was 78% which could be improved. With a goal scoring average of 1 goal per game, Coritiba will look to neutralize Sao Paulo’s attack and come up with a reasonable performance.

Going in the game, much will depend on Sao Paulo’s centre forward. Sao Paulo will be attacking from the very first minute. The game total is expected to under 2.5 and Sao Paulo to win.