São Paulo vs Juventude Prediction: Tricolor to get back into Libertadores zone 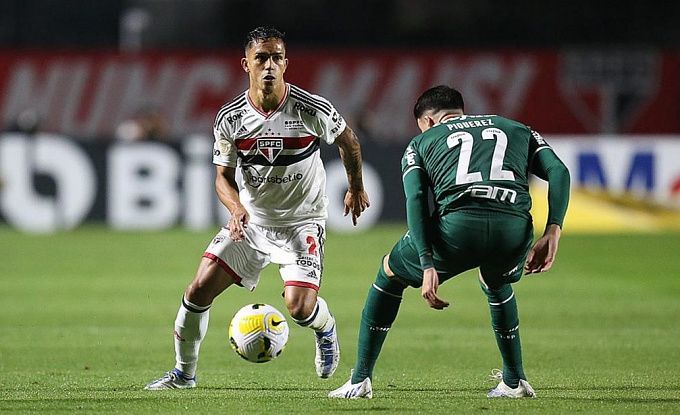 São Paulo will take on Juventude in round 14 of Campeonato Brasileiro Serie A. A Brazilian soccer giant will face an outsider. Tricolor are quoted as the big favorites to win, which is difficult to argue with, given the capabilities of future opponents and the home advantage.

São Paulo played well in the midweek against Palmeiras in the first match of Copa do Brasil round of 16. Tricolor defeated their crucial rival 1-0 at Morumbi, although three days earlier, São Paulo had lost 1-2 to Palmeiras. In the championship standings, São Paulo occupies the 10th position. However, if they win the upcoming game, Tricolor will definitely move up to the seventh place. Plus, if Botafogo and Fluminense play a draw, they will move up to sixth, i.e., come back to the Copa Libertadores zone, which is extremely important for Tricolor's morale. São Paulo's home stats are fifth in the division, in case of victory they would be second, in six games +4=1-1, 12-6 goal difference, and the only defeat came in the match against Palmeiras.

Juventude has a four-match losing streak. After thirteen rounds played, they are the first likely to relegate, although not so long ago, Juventude was out of the relegation zone. Defeats in this period came at the hands of Atletico Paranaense, Corinthians, Santos, and Atletico GO. It is also important to note that Juventude did not concede less than two goals per meeting in this period. At the same time, Juventude's stats are not so bad as for the outsider, +1=2-3, 6-12 goal difference.

São Paulo and Juventude have played each other 21 times in two tournaments: Serie A and Copa do Brasil. São Paulo has the advantage: +10=5-6, 41-26 goal difference. The teams have played 17 matches in Serie A: +8=4-5, 35-22 goal difference. At Morumbi, the opponents have played ten head-to-head encounters, Tricolor winning eight times with two victories for Juventude. By the way, the teams have already played each other twice this season in Copa do Brasil. There was a 2-2 draw on Juventude's field and a 2-0 win for São Paulo at Morumbi.

After two consecutive losses in the championship of Brazil, São Paulo has fallen to the middle of the standings. That said, we all know Tricolor has the task to finish the tournament in the Copa Libertadores zone. Under certain conditions, Sao Paulo can return to the top-6 after the reporting matchday. Still, to achieve that, they need to beat one of the championship's outsiders with a four-match losing streak in the upcoming game. We think the home team has an excellent chance to win the match, and we expect it to be a high-scoring game with Total Over (2.5). We offer the following betting options for the game: