Sport Club Internacional vs Atletico Clube Goianiense Prediction: Will the Reds move up to the Libertadores cup zone? 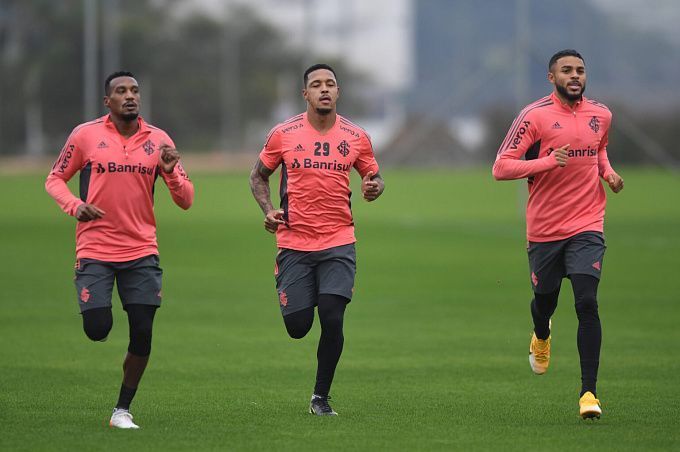 The eighth round of the Brazilian football championship will end with a clash between Internacional and Atletico Go. The bookmakers favour the Reds, who have a solid unbeaten streak.

Inter lost away to reigning champions Atletico Mineiro 0:2 on 10 April. Since then, the Reds have played 11 matches, with five wins and six draws in the two tournaments. In the South American Cup, Inter secured the top spot in Group E. On the other hand, in the Brazilian league, things are not looking so good as they are currently only 14th in the standings, with an asset of 10 points. However, if they win on Tuesday, Inter will go up several places and even make it to the Libertadores Cup. As for the home statistics, Inter has a two-match winning streak, although not in the championship, but the South American Cup.

Atletico Go also represent Brazil in the South American Cup. The Dragons, like the Reds, have guaranteed themselves a place in the play-offs of the second most important international tournament. Overall, we note the current superiority of the Brazilian clubs over all others. Atlético GO has a 3-match unbeaten streak, with two wins over Antofagasta and Coritiba and a draw against LDU Quito. While the Dragons are doing remarkably well in the South American Cup, in the Brazilian championship, Atletico GO is only 19th after seven games played, with an asset of six points. Atletico GO has played three matches away in Serie A: a draw against Cuiaba, defeats to Bragantino and Atletico Mineiro. In those three matches, Atletico GO scored only once.

We noted that a home win against Atletico Go would move Inter into the Libertadores Cup. The Reds are fully motivated, and the Dragons have had a poor start to the season in Serie A, with poor results and statistics in away games. So a win for the Reds on Tuesday is very likely. As for the total, we wouldn't be surprised if the match turns out to be quite productive.