Burkina Faso vs Cameroon: We expect a repeat of the first game 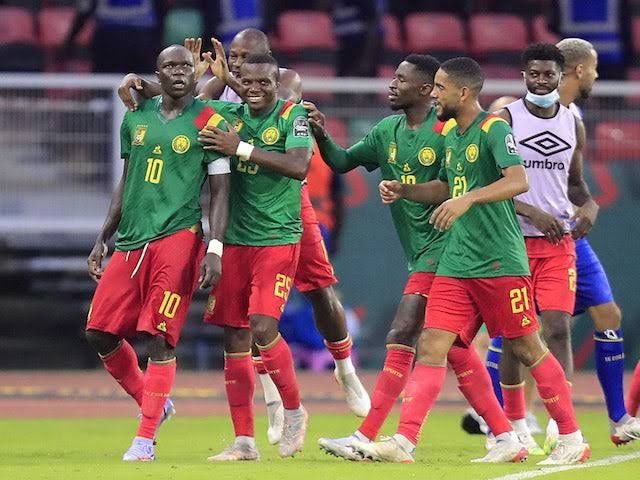 A repeat of the first match in this tournament when Burkina Faso lock horns with Cameron at the Ahmadou Ahidjo Stadium. The Host will be all out to get something out of this match, as we all know football is about suprises, can Burkina Faso win over Cameron?

With all the qualities that were present in this tournament, Burkina Faso will be amused with their run in this event, they have surpassed their expectations and whatever they get in this match will pose an even greater achievement.

After a poor performance in their opening match against the same opponent which ended in a 2-1 loss, they have gone on to make a mark in this tournament. They bounced back against Cape Verde with a 1-0 win.

They were forced to a penalty shootout after a 1-1 draw against Gabon in full time. Bertrand Traore missed a penalty in the 18th minute but soon rewrote his mistake in the 28th minute to give his team the lead, Gabon were down to ten men in the 67th minute as Adama Guira scored against his team to level in the 91st minute. After extra minutes without a win, they had to settle for a penalty shootout and Burkina Faso won 7-6.

Unfortunately, they were knocked out by Senegal in the semifinals after losing 3-1 in the hand of the Lions of Teranga. Abdou Diallo opened the scoreline in the 70th minute and Ahmadou Dieng made it two and a goal from Burkina Faso's Ibrahim Toure to make 2-1 before Sadie Mane nailed the winning goal, it ended 3-1 as Senegal proceeded to the final.

Still feels like a dream when they were denied the opportunity to lift the trophy in front of the crowd.

The Indomitable Lions are unbeaten in this tournament and have scored a whopping eleven goals. They qualified for the Round of 16 as the group leader, three points above second-placed Burkina Faso and won against Comoros.

In the quarterfinals, they were victorious over a strong Gambia side . After a strong first half display from Gambia, the match looked like it was going to end in a deadlock until Karl Toko Ekambi scored in the 50th minute and doubled the lead shortly after and that handed Cameron the ticket to the semifinals.

Very disappointed and devastated, Cameroon were left regretting what they should have done right after the defeat against Egypt. They hit the post twice before being held to a goalless draw at regular time and were knocked out 3-1 on penalties.

Cameroon are ranked 50th according to FIFA, Cameroon have lost just once in their last ten outings across all competitions — picking up eight wins, one loss and one draw.

Cameroon are unbeaten in each of the last five encounters between the sides since 2015, claiming three draws and two wins, including a 2-1 win in the group stages, and they will feel confident of coming away with the desired result on Saturday.

The wounded Lion will fight with his last breath to achieve his goal, bet on Cameroon to win for 1.92.

Nothing to lose at this stage as both teams will be playing more offensively, bet in over 2.5 for 2.07.

We are confident that Cameron will bow out with pride in this match , bet on Cameron win and over 1.5 for 2.38.