Cameroon vs Ethiopia: The host will steal the show and definitely run with all the points 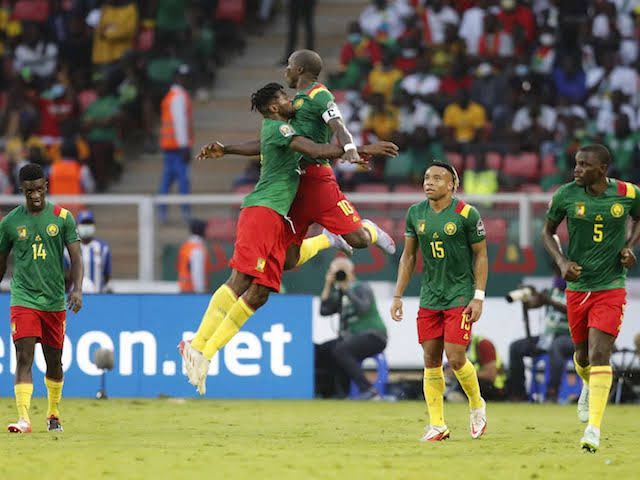 The host has the chance to set a foot into the group stages when they welcome Ethiopia to the Olembe stadium. It's going to cost an arm and a leg for Ethiopia to win against the host in their stadium. A look at our well-researched tips for your winning.

The Indomitable Lions remain unbeaten in five matches and are looking to extend it to six when they play Ethiopia on Thursday.

However, the hosts were lucky to have carted away all the points against Burkina Faso after a disappointing match. Gustavo Sangare opened the scoreline after the Cameroon defender failed to clear the ball, the hosts were rewarded with a penalty and Aboubakar stepped up to slot it in from close range and just before the end of the first-half the hosts were gifted another penalty to take the lead at half time. Nothing serious in the second half as the host took all the points.

The result means they will stay at the top of the group with three points ahead of Cape Verde with a goal difference.

After failing to win in their last five matches, Ethiopia has also failed to keep a clean sheet in each of them. Moreover, six out of their seven matches ended in under 2.5 all thanks to their defensive structure.

They go into this match after a defeat to the Blue Sharks of Cape Verde which ended in a 1-0 loss. The Wubetu Abate's men played most of the match with 10 men and were able to hold on to just the goal they conceded in the first half.

They will remain at the bottom of the table until maybe when the unthinkable happens and they win against the host.

Not really convinced with the way the tournament is going but we expect the second round will be more fascinating.

We have lots of alternatives for you to pick from, it should also be observed that Ethiopia has seen less than 4.5 cards in eight of their last eight matches. Also, Ethiopia has been losing in the first half in 5/5 matches they have played in. You can bet on Cameroon first half win for 1.73.

Cameron has been winning in the first half in four out of their last five matches.

Cameroon has kept a clean sheet in six out of their last seven matches, Cameroon win and under 2.5 for 2.28.

You can also try out Cameroon 2-0 Ethiopia for 3.55 because they will be playing in front of their fans.