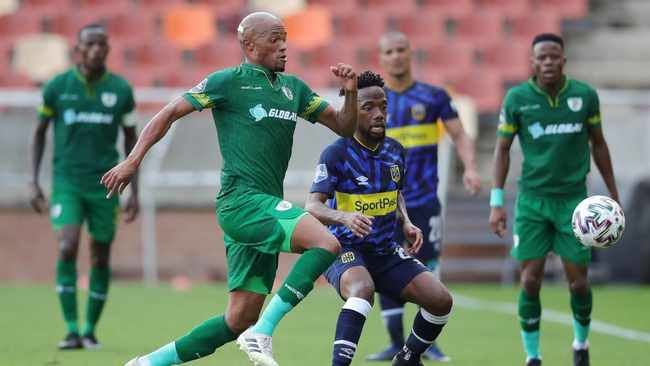 Game week 23 continues as Cape Town City FC battle Baroka FC at the Cape Town Stadium on Sunday evening. The host will hope to leapfrog Kaizer Chiefs in third place,however, the visitors will try to stay off the relegation zone after this encounter.

The host are performing extremely well in the league and have won three matches and drawn twice in the last five games. They won away at Marumo Gallants on matchday 22 as a late Thabo Nodada goal secured the very vital points in the quest to the CAF Champions League next season.

The fight for the top four is getting fascinating and a win for the host here might guarantee them plying their trade in the continental tournament next season.

The visitors tasted their first win in the last four matches. They are the worst team on away form with zero wins in the last eleven matches.

On matchday 22, S. Ngubane scored the only goal to defeat their fellow relegation outfit.

Baroka has fired blanks in eleven games this season, that's 50% of games where they have not been able to find the back of the net.

They head into this match having lost three times, drawn once and won just one match in the last five matches.

In the last eleven matches, Cape Town City have won twice, Baroka won three times and six matches have ended in a draw.

This match used to be a boring encounter but things have changed in the past games and we believe Cape Town City have all it takes to win here, bet on a home win for 1.67.