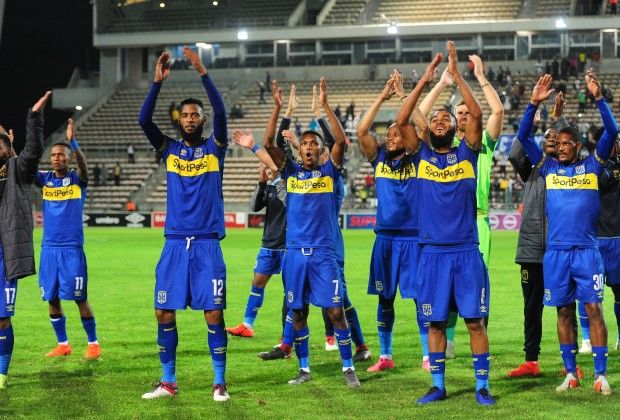 With just three games to spare in the South African Premier League, Cape Town City will lock horns with TS Galaxy at the Cape Town City Stadium. The hosts are already dreaming of participating in next year's continental football while the guests are sweating on staying up. Can the visitors get an important point here?

Cape Town City are three matches away from playing Continental football next season, they are tied on points with Royal AM with forty-five points in the last twenty-seven games, they have scored thirty goals and conceded twenty-three times.

They are one of the most in-form teams in the league and have lost just once in the last eighteen games.

They drew at Chippa United on matchday 26 as they earned an important away point that guaranteed them a spot amongst the top 3.

They have only lost a game at home this season and have drawn five and won seven in the last thirteen matches in front of their home fans.

A win here will take them to second place before ROYAL AM match later tomorrow.

A run of good results have helped TS Galaxy move above the relegation zone with two points ahead of Moroka Swallows who are 15th on the log.

They won against Orlando Pirates on matchday 26, a very significant win in their quest to stay up.

A win here will further cement their stay in the South Africa Premier League.

In the last three games played together, both teams have won once and a draw was recorded between both teams.

Cape Town City are desperate for more points than the guests, they are also well-motivated heading into this game, a win for 1.85 will be a cheat.

TS Galaxy are very tough to crack with their defensive setup, they are fully aware that a point here will be enough to fight on in the league, bet on HT/FT X/W1 for 4.3.