Central Coast Mariners vs MacArthur: the Opponents are Ready to Score 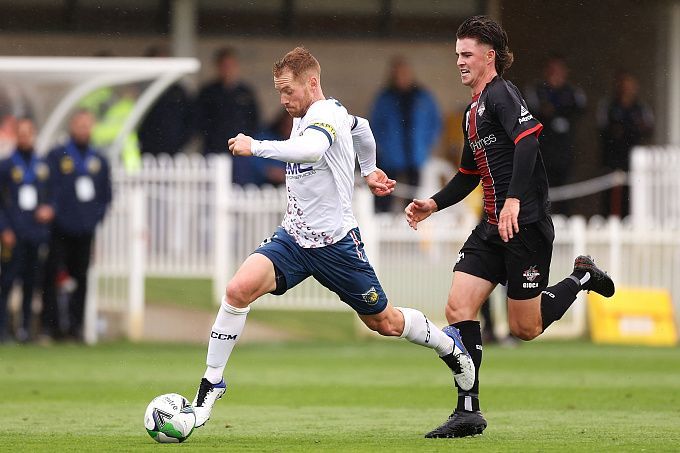 Central Coast Mariners will face MacArthur within Round 19. The bottom team from the A-League will take on the club fighting for a position in the top-6. Despite their current standings, Central Coast is slightly favored for the upcoming game.

After a three-match losing streak in February, the club started March on a merry note, scoring five points in their last three games. Central Coast beat Brisbane Roar 2:1, drew 1:1 with Melbourne Victory, and on the road, the Mariners sealed a nil-nil draw with Perth Glory. Such results allow the Central Coast Mariners to occupy 9th position in the A-League table, with 16 points and a five-point gap to Sydney FC. Central Coast Mariners' home stats are seventh in the division, with one loss in seven games and three wins on a 12-9 goal difference.

MacArthur played three games in March. On the road, the Bulls lost to Melbourne Victory and Melbourne City with the same score of 1:3. At home, they confidently outplayed WS Wanderers 3:1. March statistics of the Bulls are worse than the hosts' one. However, MacArthur is in the top-4 and has an excellent chance to take place in the top-2 or the quarterfinals of the playoffs. The team is four points ahead of seventh-place Wellington. MacArthur's away stats are fifth in the league, +3=2-4, 13:17 goal difference. The eye-catching is the fact that the Bulls often both score and concede goals on their own.

The opponents already played each other in 2022 at the Mariners with a result of a 3:3 draw. We have every reason to believe that the next game will be a high-scoring affair. Central Coast Mariners are in good shape. They didn't lose any games in March. While MacArthur's away matches are very entertaining, the Bulls' recent matches were exclusively over ones.