Chelsea vs Tottenham: Expect both teams to score at the Bridge 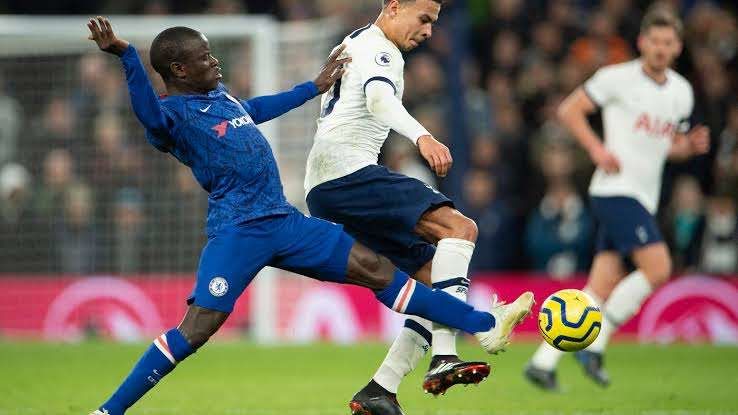 It's a fight of the Londoners at the Bridge as Chelsea will be locking horns with their former manager's team tonight. Let's take a look at our well-researched prediction for the match.

The Blues will be hoping to win the trophy again after a very long time. The last time they won it was in 2015. Chelsea saw off Brentford to emerge one of the standing four to win the trophy.

Tuchel's men exhibited why they are still considered title favourites after a deserving comeback against Liverpool. After two quick goals from the Reds, Chelsea looked lost in all departments before Kovacic gave the home team a lifeline after scoring one of the best goals this season before Christian Pulisic levelled before halftime, the game ended in stalemate.

The Blues performance in this tournament isn't encouraging, their win against Southampton and Aston Villa was through penalties with only a full-time win against Brentford.

If the Blues are to get anything from this match they need not be clumsy because Tottenham are out to end their trophyless spell.

Kepa Arrizabalaga will be in goal for the home team after the departure of Mendy for the AFCON tournament. Lukaku might start upfront for the blues after apologizing for the statement uttered in his recent interview.

Antonio Conte's men are doing satisfactorily again after their terrible start to the season, everything seems to be working for them as they are now on a five-match unbeaten run.

After a tough battle against a determined Watford, the team will need to be more ruthless in front of the goal. Thank God for the last-minute goal from Davinson Sanchez, the defender gave the away team hope after the match seemed to be ending in a stalemate.

Antonio Conte will be given a warm welcome at the Bridge today after leading Chelsea to a Premier League title. Chelsea are not going to have it easy against a solid Tottenham side if they play as they did in the first 20 minutes against Liverpool.

Tottenham will hope they win this encounter as they strive to end their thirteen years trophyless spell.

This is a London derby and also a semifinal match, we expect a fierce game between these two sides. After the recent performances from the blues with four draws and two wins, one Chelsea are addicted to a stalemate and going against a strong Tottenham side won't be an easy task. Antonio Conte is an experienced coach and will do everything to put an end to Tottenham's thirteen seasons without trophies.

We are suggesting a Chelsea win in this encounter, but one thing is for sure, there will be goals from both sides with Kepa in goal.