Beijing Guoan vs Dalian Pro Prediction: Expect A Thrilling Encounter When Both These Sides Lock Horns 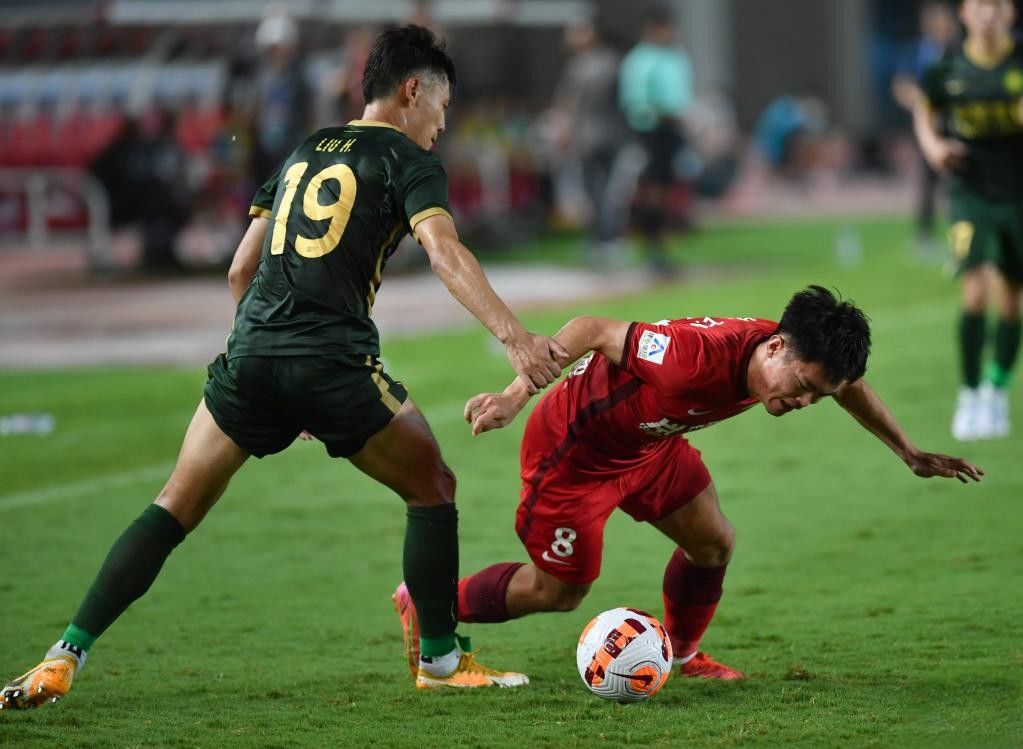 Dalian Pro will travel to Rizhao International Football Centre Stadium for the 29th matchday of the Super League to face Beijing Guoan in the hopes of walking away with a resounding result.

Let's have a look at the latest Chinese Super League predictions between Beijing Guoan vs Dalian Pro, probable lineups, match facts and up to date betting odds for you to consider!

The imperial guards' defense was breached twice in a recent road game against Zhejiang Professional, resulting in a 2-0 loss in what turned out to be an evenly matched contest in which they were outplayed.

Prior to that, they demonstrated their dominance and everything that was made possible by their tenacious spirit by defeating Shanghai Shenhua 2:1 on the road to start a 3-match winning streak.

While their three-match winning streak ended, they did manage to accumulate a decent amount of points in their last five matches, totaling 9 points, and there's no doubt that their form has been solid thus far given their convincing performance.

While their loss to Zhejiang Professional dented their chances of finishing third in the rankings, they are still in a good position to gradually climb up to fourth place, where a three-point advantage will be enough to overtake Chengdu Rongcheng who sit in 4th place. They are currently ranked seventh with 49 points, tied with sixth-placed Shanghai SIPG.

An open season has seen the Blue Hawks forge their own hunting spree in search of resounding results, which has undoubtedly paid off for them as their most recent outing against Hebei FC saw them collect an important three points as they served their opponents with a 4:1 defeat.

That win over Hebei FC extended their unbeaten streak to five matches and accumulating eleven points, confirming that spirits are high in the Blue Hawks camp. However, with their unbeaten streak likely to be jeopardized as they face Beijing Guoan, a more creative approach will be required on their end to pull off an upset.

They are currently in 12th place with 36 points in the standings and are better positioned to move up to 11th place as they are only three points behind Changchun Yatai. If the current trend continues, however, a mid-table finish at the end of the season is most likely to take place.

Beijing Guoan has won 10 of the last 13 meetings; Dalian Pro has won twice; and there has been one draw with a goal difference of 30-12 in favor of Beijing Guoan.

With a 21-point gap between them and the relegation zone, it's safe to say Dalian Pro have performed admirably up to this point and could now focus their attention on a mid-table finish given it's something on their list of accomplishments as their participation in the next season is already confirmed.

Beijing Guoan fared better in their match against Zhejiang Professional, but they lacked creativity in the final third, making it a very unfortunate ordeal for a side that has been precise in such situations.

A thrilling encounter with goals from either end of the pitch is to be anticipated one way or the other, with deploying a defensive approach being the least of both sides problems, and as such, a total over in goals combined with both teams to score should be witnessed when the hosts' attacking threat is factored in, as Dalian Pro have a tendency of having a leaky defense at times, but they are not to be ruled out as they could also find themselves on the scoresheet.