Cangzhou Mighty Lions vs Evergrande Prediction: The South China Tigers Are Being Overlooked In This Fixture 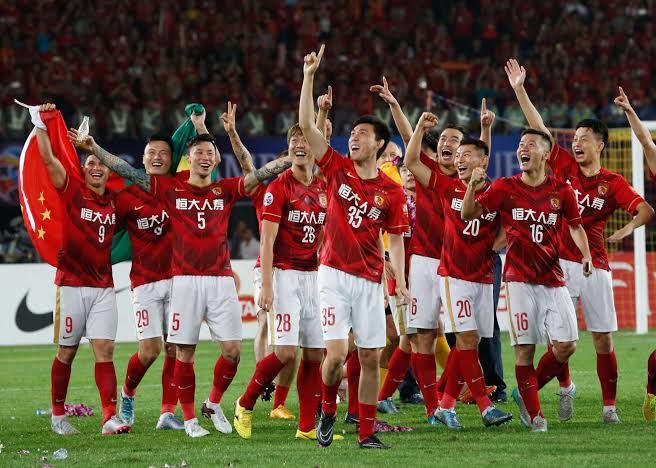 Guangzhou Evergrande, will be attempting to escape the relegation zone when they secure three points against Cangzhou Mighty Lions.

In their most recent away game against Tianjin Teda, Cangzhou Mighty Lions came up short, giving up three goals while making just 14 attempts to score. They are now aiming for all three points when they square off with Guangzhou Evergrande.

Prior to that, they had lost at home to Shenzhen FC by a score of 2-1. In that game, they had opened the scoring and failed to hold onto their lead until the final minutes, which cost them three points.

With no evidence of a win in their previous five home games, this has developed into a concerning problem as they once again play at home with frustrations among their fans quickly escalating through the air, eagerly anticipating a home victory, with their most recent victory dating back to last October against Zibo Sunday in the Chinese FA Cup.

In their last five super league games, they've earned two points from two games that were drawn while bearing the heavy burden of three losses.

They are only one point behind Cangzhou Mighty Lions and Dalian Pro in the standings, so a point won't be enough for them to move out of the relegation zone due to their goal differential.

It is currently necessary for them to win this match in order to fully escape the relegation zone, so this will rank among their most crucial games as they push forward.

After going through a four-match winless streak, their recent victory against Hebei CFFC couldn't have come at a better time. They once again outwitted the visitors to retain all three points with a 1-0 score, and maybe that can play a significant role in boosting their confidence for a win.

Cangzhou Mighty Lions have won 0 matches, while Guangzhou Evergrande have won 4, with 2 resulting in draws in the last six matches.

Both teams' results have fluctuated wildly, going up and down like a rollercoaster, but with a win and three points as their top priorities, they are sure to put on one of their best performances ever.

Currently, Cangzhou Mighty Lions is in a better position than Guangzhou, and they are the favorites to win this matchup in the end.

In terms of results, the home team is superior to Guangzhou, but on paper I really have to support the visitors. Ignoring any discrepancies that might suggest otherwise, I'm hoping to see Guangzhou triumph in this match when the final whistle sounds.