Guangzhou City FC vs Shanghai SIPG Prediction: The Blue Lions Have Been Dealt A Bad Hand In Their Bid To Get Back To Winning Ways 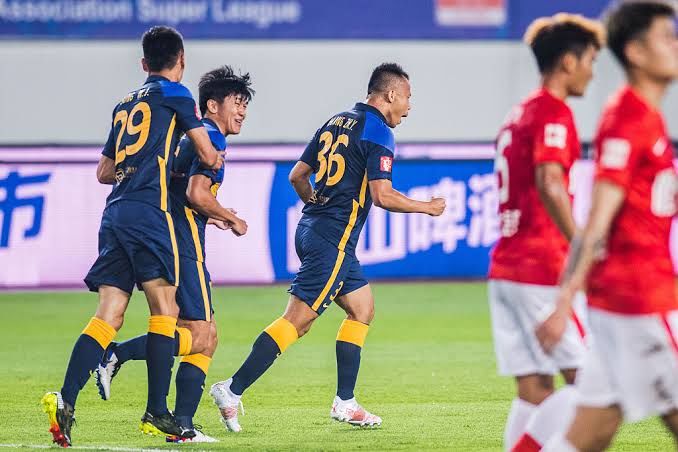 Following their disheartening loss to Henan Jianye, Shanghai SIPG will look to get back on track when they travel to Jinjiang Sports Center to face Guangzhou City FC on the 29th matchday of the Super League.

Let's have a look at the latest Chinese Super League predictions between Guangzhou City FC vs Shanghai SIPG, probable lineups, match facts and up to date betting odds for you to consider!

The Blue Lions have repeatedly knocked on the door in quest of the one solution to escape the relegation zone's grasp, and just in time, as they are nearing that objective to safely come out of the danger zone, their cries for aid have been heard.

In their recent away game against Tianjin Teda, they kept their opponents at bay by playing with confidence in the first half. Unfortunately for them, 19 minutes into the second half, their ferocious energy had worn out, which ultimately condemned them to defeat as they bowed to a heartening 1-0 loss.

With their undivided concentration still required to retain the potential of climbing out of the relegation zone in the rankings, they are currently occupying 17th place and are level on points with Wuhan Zall and Guangzhou Evergrande, and nothing but caution will be their new profound norm from now on.

The Red Eagles have been victims of poor luck, which has had a negative impact on their standings as they failed to rekindle their momentum against Henan Jianye, falling to a 3:1 loss at home to lose all three points.

Gunning for three points has been difficult for the Red Eagles, who are currently on a three-match losing streak. It has been a difficult time for them as their performance has been below par, with 6 points accumulated in their last five matches, which has not corresponded with the quality of players on their bench.

With no room for error this time around since they can't afford to lose, they are placed in 6th place in the rankings with 49 points and are two points behind a fourth place finish which is currently occupied by Chengdu Rongcheng.

Guangzhou City FC has won five of the last 21 matches, Shanghai SIPG has won ten, and there have been six draws with a goal difference of 34–26 in favor of Shanghai SIPG.

Guangzhou City FC may be closer to escaping the relegation zone by a hair's breadth, and to say their potency is on par with the visitors in this case would be an understatement, as there is still a lack of desire on the pitch with their approach in matches, which could be a cause for concern as to whether they will be able to maintain their position.

Shanghai SIPG fell short in their recent match against Henan Jianye and appeared uncreative with the ball, which had a negative impact on their ranking as they lost third place to Zhejiang Professional and they would most likely want to tread carefully as they gradually get back on their feet.

The Red Eagles won their last match against the hosts 2-0, but they could have won by a significant margin had their attack been effective, and given the hosts' recent poor form, there is no reason to doubt that Shanghai SIPG will once again come out on top in this match. As such, an Asian handicap of -1.5 in their favor should be adequate.