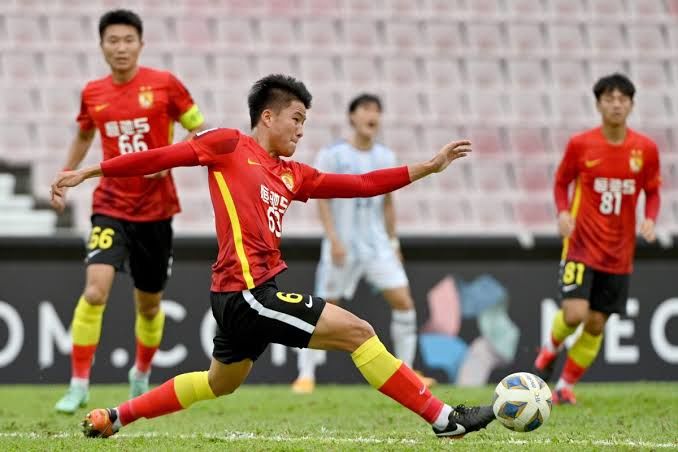 Guangzhou Evergrande welcomes Guangzhou City FC to the Jinjiang Football Training Center Stadium for their 30th Super League matchday in the hopes of getting back to winning ways and jumping out of the relegation zone.

Let's have a look at the latest Chinese Super League predictions between Guangzhou Evergrande vs Guangzhou City FC, probable lineups, match facts and up to date betting odds for you to consider!

Coming off a tough battle against Tianjin Teda in their most recent match, where they fought for the full 90 minutes to rescue a point as the game ended in a 0-0 draw, they did an admirable job of withstanding the intense pressure from their opponent.

However, not everything has been picture perfect for the South China Tigers when playing at home, as they are not exactly bursting with confidence as they have only won two of their previous 13 home games, losing seven and drawing four for a total of 10 points, which realistically puts them in poor form.

Speaking of bad form, Zheng Zhi's team has only managed to pick up three points from five games played, three of which ended in draws. They have also not been particularly convincing offensively, scoring just three goals while giving up six, so improvement is unquestionably required going forward.

They are currently in 16th place, level on points with Wuhan Zall in 14th place and Guangzhou City FC in 15th place, and are one point away from escaping the relegation zone that's if they are to keep fellow neighbors Guangzhou City FC at bay.

The Blue Lions suffered a bit of bad luck in their match against Shanghai SIPG, losing 2-1 at home to drop all three points. Prior, they had a similarly disappointing result on the road against Tianjin Teda, losing 1-0 after failing to score an equalizer.

They have lost their last seven games without earning any points. Their away statistics are also not very promising; they have only won two of their last 15 away games, drawn two, and lost 11. It is obvious from the poor results they have had so far that they have lacked consistency in their away games.

Currently cooped up in 17th place with 15 points, they are only three points away from avoiding the relegation zone, which might become a reality if they manage to eke out a victory over their opponents.

Guangzhou Evergrande's skeletons in the closet have come to light as they have been pounded with misfortune as they are without a win in their previous 16 matches played, which is probable why they are still enmeshed in the relegation zone, which has seemed to them to be eternity.

And now, with a chance to collect three points, they face neighbors Guangzhou City FC, who served them with a 1:0 setback on the road in their last encounter, an event they don't want to see repeated if they are to take retribution by returning the favor tenfold.

Both teams have recognized the significance of this match, as three points would be enough to lift either of them out of the relegation zone, and with so much on the line, they'll definitely put on a convincing performance, with intensity levels on a high this time around.

Given that neither side is reliable when it comes to putting up a defensive front and that mistakes are inevitable, we can assume that they will be more focused on the offensive side of things. Because this is a derby, an entertaining matchup is undoubtedly in store, so we will shift our attention to the both teams' scoring chances, which should be sufficient to surface for teams that are in desperate need of points.