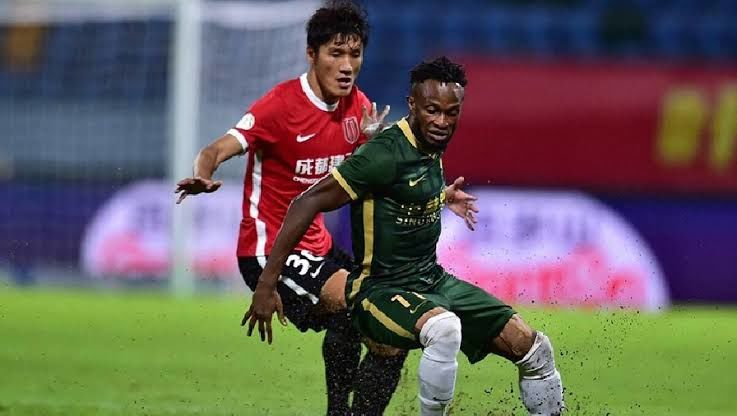 For their 30th matchday of the Super League, Beijing Guoan will travel to Mission Hills Football Base Stadium to face Hebei FC in an effort to get back to winning ways.

Will the Imperial Guards be able to rebound and triumph decisively, or will this be another shocking outcome in which they fall victim to defeat at the hands of struggling team Hebei FC?

Let's have a look at the latest Chinese Super League predictions between Hebei FC vs Beijing Guoan, probable lineups, match facts and up to date betting odds for you to consider!

The Hosts have been dealt an unfathomable misfortune this season, and things don't seem to be going in their favor as they have a losing streak of 22 matches, which is the longest, if not the worst.

They recently played at home against Meizhou Hakka with the remotest possibility of at least getting something positive, but instead they suffered a 4:0 loss, hence extending their losing skid to 22 games.

Aside from their losing streak, they've been apparently breaking records along the way for the wrong reasons, conceding 100 goals in 29 matches for an average of 3.79 goals conceded per game, which could go down in history as one of their worst performances to date.

With no sense of direction, let alone motivation and team spirit, Kim Jong-boo's men have been inconsistent, and as a result, they are anchored at the bottom of the table in 18th place.

Wang Ziming's late goal served as a consolation for the three points dropped after they were caught off guard in their recent match against the slightly favored Dalian Pro. The result was a deflating loss at home for the Imperial Guards, as they lost 3-1.

In that game, they had 71% of ball possession and registered 14 shots at goal, three of which were on target, but only one of them resulted in a goal. This clearly demonstrated their lack of inventiveness with the ball and their inability to utilize it to its fullest potential in order to record a more convincing victory.

While being on a two-match losing streak may not be a fitting description for a team that was once on a five-match unbeaten streak, it does indicate that something is definitely wrong with their performance. The root of the problem could be found in their backline, which has given up a goal in eight straight games.

With 49 points, they remain in 7th place and have not moved from that position in any way. However, they are 4 points ahead of Tianjin Teda in 8th place and have a chance to move up to 6th spot as they are only two points less.

Hebei FC has won four of the last thirteen matches, Beijing Guoan has won seven, and there have been two draws with a goal difference of 23-19 in favor of Beijing Guoan.

Hebei FC has undoubtedly reached rock bottom, and there is no question that their chances of getting back on track are nonexistent given the pitiful amount of effort they have put forth this season. With a consistent opponent on the other side, there is no telling how things will pan out for Hebei FC; the only possibility is that they will suffer yet another embarrassing home loss.

Beijing Guoan were stunned when they suffered a 3:1 loss at home to Dalian Pro, which prevented them from winning their second match in a row. Despite this, they are now in a better position to restart their winning streak by taking advantage of a team that is dreadfully out of form.

As a result, we anticipate Beijing Guoan to be featured at the center of this action by scoring an individual total of over 3.5 goals against a team that has conceded atleast 4 goals in eight straight games. For the second option, backing them up in the first half handicap may also be an option here because they have the attacking firepower to seriously condemn their opposition to a humiliating loss.