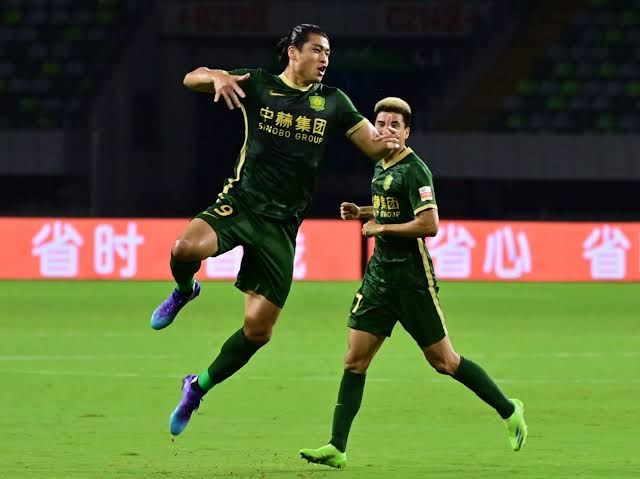 In what promises to be an entertaining match to watch, two super league teams that have been having a good time face off. The oddsmakers have Henan Jianye as the favorite, but their previous meetings with the visitors indicate otherwise.Can they pull off a victory to close the gap between them from previous encounters?

They are back in action and hoping to completely reignite their consistent form in the Super League by overwhelming their visitors with a win right away as they get ready for their 11th matchday.

In their previous season, they finished in the relegation round in fifth place in group A with a deficit of three points that could have allowed them to overtake Guangzhou City for fourth place. At the time, it was just another unfortunate ordeal for them for not trying hard enough.

The fact that they currently hold third place in the standings after winning seven of their last ten league games while also suffering one loss and two draws, indicates that this season has brought them a great deal of good fortune.

They have been a notable exception in their last five Super League games, winning four and losing one (2-0 to Shandong Taishan) while maintaining two clean sheets and scoring 11 goals against just six goals allowed.

In their most recent super league game, they slammed Changchun Yatai with a 6-2 scoreline at the Wuyuan River Stadium, and a repeat of that outcome could be seen when they face Beijing Guoan, who appear to have a stronghold on them in their previous encounters.

Beijing Guoan is currently in sixth place in the standings with 16 points after suffering a 2-1 loss on the road to Shenzhen FC.

When they suffered that defeat to Shenzhen FC, their four-match winning streak came to an end. Prior to that, their previous five games had featured one victory and three straight draws.

They've had a good season thus far, with nothing major to seriously disrupt their form and cause it to plummet. However, because this is their second away game, they might not have fully recovered from their most recent road loss, which could be a contributing factor to them losing focus in this game.

This may be the motivation they need to secure another victory against the hosts on the road after previous encounters with Henan Jianye have tipped in their favor in terms of victories earned.

In the last 20 meetings, Beijing Guoan has prevailed 9 times, Henan Jianye 4 times, with 7 ending in draws.

Given that Henan Jianye has been winning by significant margins, it is clear why they are the favorites to defeat Beijing Guoan this time around. However, after nearly two weeks of inactivity, it is difficult to determine whether they still possess the creativity necessary to win by big margins.

Beijing Guoan is a team that frequently pulls off unexpected victories, so it wouldn't be surprising if they were to outsmart Henan Jianye on the road. However, they'll need to be at the top of their game because success won't be simple for them.

I'm leaning toward under 4.5 corners in the first half for the first pick. And Henan Jianye for the second on the Asian Handicap -1 corners because of the hosts' three corner victories in the last five games; the value on them is just about enticing.

A solid double chance and a total of under 3.5 goals in favor of Henan Jianye will be the third choice in this scenario, hoping that the hosts will temper their penchant for massive goal scoring and not go overboard