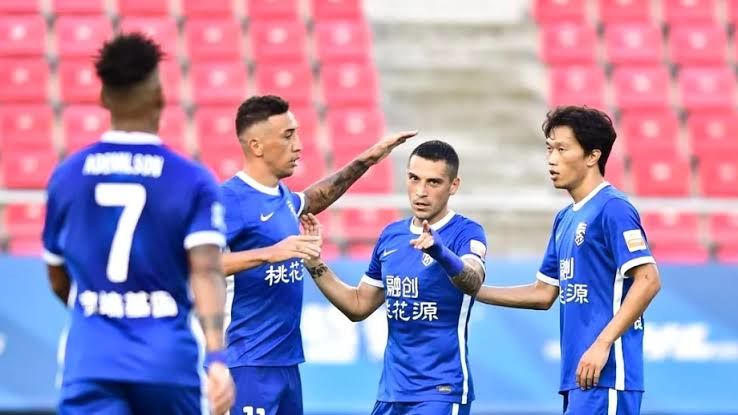 Wuhan Three Towns will travel to Zhengzhou Hanghai Stadium to face off with Henan Jianye, who experienced a minor setback in their most recent match; sadly, a point won't be enough for them as they attempt to widen their point differential against Shandong Taishan, who are gradually closing up.

The hosts encountered a hurdle in their most recent game against Meizhou Hakka, losing 1-0 at home in an unexpected outcome that proved to be too costly for them to bear given their lackluster effort.

They were penalized in the first half when the opponent scored the game-winning goal in the 32nd minute, a match in which they immediately displayed unmistakable evidence of being a side that was far from hungry for success.

Their recent game against Beijing Guoan, which came before their disappointing loss to Meizhou Hakka, was drastically different because they maintained their composure despite being outplayed in terms of possession to win 3-0.

Unfortunately, the same cannot be said of their impressive record, which has already been unblemished after five straight wins in which they collected 15 points. They are still concerned about the possibility of suffering another loss when they play Wuhan Three Towns.

Furthermore, their misstep has not helped them in any way because Shanghai Shenhua are now four points behind them, and if they lose this time, only one point might separate them, endangering their chances of finishing third.

The visitors' search for a more deserving foe who can match their class is far from done, and they have their sights set on Henan Jianye, who are currently in third place and might be a good match in their pursuit.

It should go without saying that the visitors haven't lost since the beginning of the season in any of their 12 games, with the exception of being held to a 1-1 draw against Shanghai Shenhua back in June. Other than that, it has been a trail of wins during that time.

They didn't waste any time in unleashing their vengeance on the Imperial Guards in their previous encounter against Beijing Guoan, thrashing them 5-1 at home to keep all three points for themselves and record their ninth straight win in the Super League.

When compared to their away games, where they have scored 14 goals while allowing three goals, their last six home games have seen them score an unbelievable whopping 27 goals while only allowing four goals. This impressive run of play will intimidate any opponent who has the misfortune to come up against them.

This will be the two teams' first Super League encounter.

Wuhan Three Towns' defense has been rock-solid and has shown no symptoms of breaking down thanks to their excellent defensive performance, which puts them in first place versus Shandong Taishan, who are in second place with 8 goals surrendered. In fact, throughout the course of their last 12 games, they have only surrendered 7 goals.

Henan Jianye will undoubtedly be caught off guard if they arrive unprepared since they risk suffering a second consecutive home loss to the visitors, who don't waste opportunities given to them on a silver platter.

They are definitely a team that can pull off an upset, with their opportunities from open play frequently proving to be a threat and a team that isn't afraid to put one past their opponents either, despite their setback against Meizhou Hakka.

We may anticipate a similar result when Wuhan Three Towns and Henan Jianye face off because high-scoring matches typically break out when these two sides are engaged.