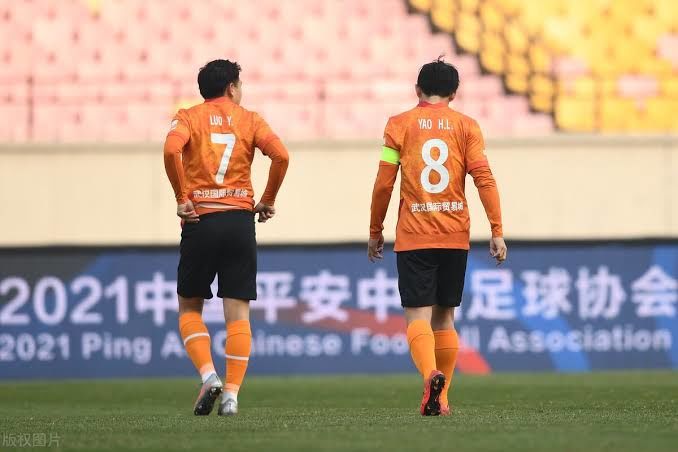 In an effort to secure their second straight victory and secure a top-4 finish, Henan Jianye welcomes Wuhan Zall for their 26th Super League matchday at the Jinjiang Sports Center.

Let's have a look at the latest Chinese Super League predictions between Henan Jianye vs Wuhan Zall, probable lineups, match facts and up to date betting odds for you to consider!

The Red Devils come into this game after defeating Guangxi Baoyun FC in the second round of the Chinese FA Cup, with Zichang Huang scoring a brace to secure his team's advancement to the next round as the match ended in a 4:1 triumph.

Prior to that, they eked out a significant victory by defeating Wuhan Three Towns on the road by a 3:1 scoreline, earning themselves an important three points and putting them on the map to contend for the fourth spot in the rankings.

Although their victory came as a surprise to a team that wasn't particularly confident, let alone considered the underdog, they changed the course of events in their favor as they ended their two-match losing streak when playing away from home and have now added some positivity in their last five matches, amassing 9 points thus far.

They currently sit in 7th place in the standings after a stuttering performance and are slowly patching up the holes to make up for it as they are 3 points behind a 4th place finish while eluding Shanghai Shenhua, who they are 2 points ahead of.

Wuhan Zall are having an atrocious season as their performance has plunged deep into the pits, weighing them down in generating resounding results. In their most recent Super League match, they were defeated 3:1 on the road against Beijing Guoan, dropping all three points.

However, their disappointing loss was followed by another disappointing result on the road in the second round of the Chinese FA Cup against Suzhou Dongwu FC after being knocked out of the competition 7-6 on penalties after being held to a 2-2 draw at full-time.

A series of inconsistencies have been recorded in their last five matches, contributing to their bad form, as they lost three matches, won one, and drew one to earn a total of four points, and they will be on a mission to produce more good results in order to avoid falling into the danger zone.

They presently lie in 15th place with 18 points, three points above relegation-bound Guangzhou City FC, who are in 16th place, leaving them 25 points behind their opponents in this instance, and focusing on maintaining their position is the only choice they have at this time.

Henan Jianye has won twice in the last seven meetings, Wuhan Zall has won once, and there have been five draws with a goal difference of 6-4 in favor of Henan Jianye.

Henan Jianye have struggled against the visitors in their previous head-to-head encounters, only managing to sneak a victory at home by a score of 1-0, and it's clear that they'll have their hands full once more in trying to edge a victory.

Wuhan Zall will be trying to get back on track and make amends, and what better way to do so than against a team they were able to contain by holding them to a 2:2 draw? Replicating that outcome once more will be their goal while putting an end to their poor form.

Henan Jianye are the betting favorites to win, thus they are on our radar to clinch an early victory in the first half against a team that has already sunk to the bottom of an inconsistent form.