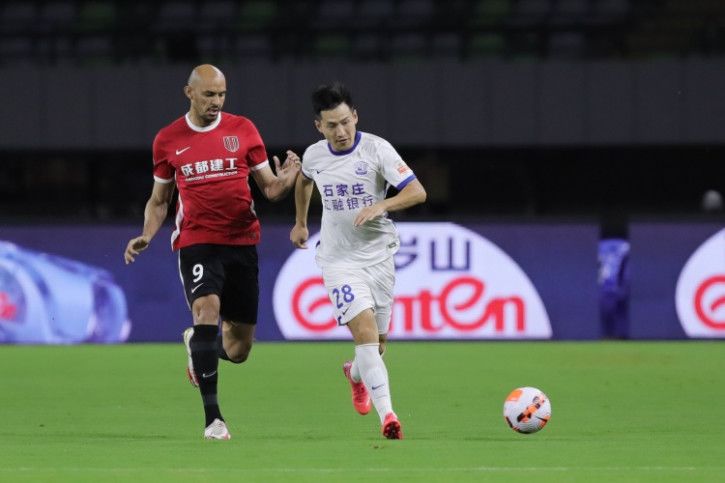 Chengdu Rongcheng travel to Wuhua Hengpi Football Town to lock horns with Meizhou Hakka. Priced as the underdogs, there's definitely something the bookies have missed as the visitors are sure to pull off an upset by claiming their second victory and Meizhou Hakka are not up for the challenge even though they've shown solid form throughout their matches.

Meizhou have been enjoying their season so far, sitting in the top half of the table in 7th place, a significantly good start to their first ever top flight campaign after being promoted from the second-tier league.

A hard-fought and well-deserved victory to keep Beijing Guoan at bay, resulting in a 0-0 draw at the Meixian Tsang Hin-chi Stadium, with both sides sharing the spoils at the end of the day with a point each.

Prior to that match, they secured a 1-0 victory against Shenzhen to maintain their 7th place position and this has seen them only succumb to one defeat in 9 of their games, and coming across former second-tier rivals, it's no question that they are favourites, but certain precautions have to be taken.

After walking through a rough patch in their CSL campaign, the visitors defied the odds as they claimed their first victory against Tianjin Teda, finding the back of the net twice, while Tianjin Teda managed to put one past them with a scoreline of 2-1 in favour of Chengdu Rongcheng.

The last time the visitors locked horns with the hosts, the match ended in a stalemate 0-0 draw and with reignited spirits after their first win, they'll be hell bent on collecting all three points, simmering down the hosts' hot steam as a point won't be enough for them as they eye 11th position.

Being the underdogs in this clash is more reason for them to perform to their outmost capability and another upset is definitely on the cards as they are set to unleash their wrath upon the hosts and register a second win.

Meizhou are favourites amongst bookies. There's no doubt about it, they have displayed spectacular form in some of their matches and could possibly do the same when they clash with Chengdu Rongcheng, but in this match they have to be sidelined for a moment as the hosts have a clear motive as to why they should be the ones to have the upper hand.

Chengdu Rongcheng claimed their first win, and this is enough motive for them to do it again for the second time against Meizhou, and back them up in the Asian Handicap by giving them a 0.0, +0.5 needed boost, making them a reasonable pick even though they are underdogs.

Or if that isn't enough, the Double Chance market in favour of Chengdu Rongcheng pays quite well and is a tempting price to ignore. And if you want to risk it a little bit, take Chengdu Rongcheng to win at full-time.