Shanghai Shenhua vs Changchun Yatai Prediction: The Flower Of Shanghai To Blossom In This Fixture! 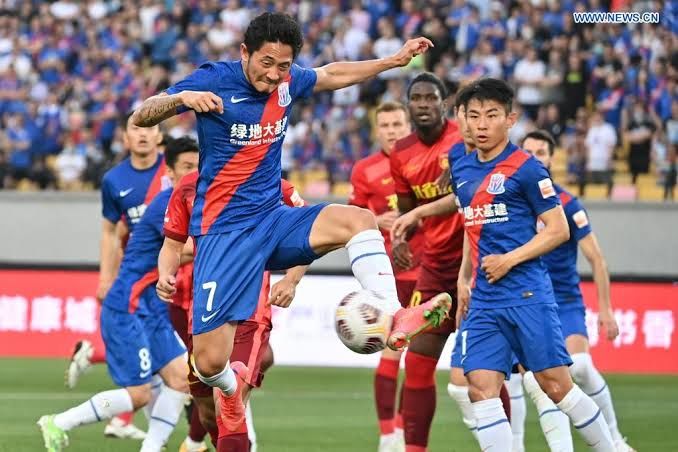 Shanghai Shenhua will aim to start their round of 11 matchday on a successful note by claiming a victory now that the super league is back in action, and Changchun Yatai are predicted to fall short in this thrilling clash.

They have been fairly consistent over the course of their last five super league games, winning two, drawing two, and losing one, 4–2, to Wuhan Three Towns.

Unfortunately they were held to a 2-2 draw in their most recent game against Wuhan Zall, a game they easily could have won had it not been for their weak defensive effort.

Shanghai Shenhua have found it difficult to compete with the visitors in their previous matches, but perhaps now they can turn the tables and occasionally post positive results in light of the unfavorable season their visitors are currently experiencing.

The visitors, who are currently in 13th place in the standings and have only two victories from their last ten super league games, have been on a precarious edge as their form has been steadily declining.

They currently have a five-point cushion above the relegation zone, so all they need to do to keep their standing from suddenly declining is win each of their games, starting with this one. They're under pressure with Dalian Pro and Shijiazhuang closing in on them.

Prior to a four-match winless streak during which they collected three draws and one loss, their most recent victory came against Guangzhou City, which they were able to secure by a score of 3-1.

They've gone four games without a victory, and now they're facing another round of the same ordeal. Henan Jianye, whom they were completely outplayed by to the tune of a 6-2 score on the road, added a fourth loss to their winless run.

Changchun Yatai has won 11 of the last 24 meetings, Shanghai Shenhua has won 6, and there have been 7 draws.

This time around, Shanghai Shenhua may be underdogs, and it's also true that they've recently faced off against the visitors with difficulties, but since then, the hosts have shown a rather encouraging improvement this season, and I expect them to prevail in this match or at least bag themselves a draw.

Although Changchun Yatai may have benefited from their previous encounters with Shanghai Shenhua, which in this case would give them confidence to outsmart them once more, they have also noticed that the hosts have greatly improved to the point that they may not be successful this time around in securing a victory.

Although the hosts are offering a juicy price to win, which I highly recommend, you should take the hosts to win/draw in the double chance market instead because they are expected to be the stronger team by a wide margin.