Shanghai Shenhua vs Meizhou Hakka Prediction: Both Sides Will Be Satisfied With Finding The Back Of Net 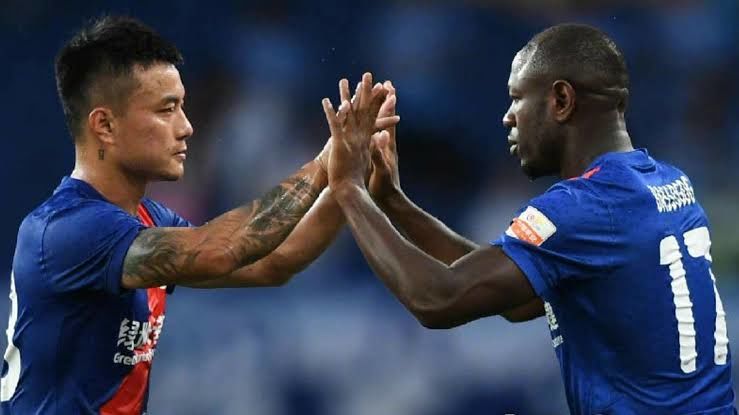 In their 16th matchday of the Super League, Shanghai Shenhua will host Meizhou Hakka at the Jinzhou Stadium in an effort to secure a victory that will eventually move them up to third place in the standings.

Will the flower of Shanghai defy the odds and take all three points for themselves, even though the bookmakers are somewhat favoring Meizhou Hakka's victory?

With the hosts gradually gaining a strong form in the Super League, the only noticeable concern now underlying them is to maintain their solid form, which if not done may be pointless if they lose against Meizhou Hakka.

Despite taking the lead in their latest match against Hangzhou Greentown, they saw all hopes of retaining three points evaporate after they handed up their one-goal lead in the 89th minute through a careless penalty, forcing them to settle for a 1-1 draw.

Although they have been a different species when playing at home, they have only lost one of their last nine games at home while collecting 18 points, and this saw them defeat Shandong Taishan 2-1 before their encounter against Hangzhou Greentown to demonstrate their superiority when playing at home.

In their last five games, they have seen a slight improvement in their form after showing signs that they were already about to face inconsistent play. They have 8 points from 2 wins, 2 draws, and 1 loss, which indicates that they are slowly getting back into form.

The visitors have responded well enough to maintain their position in their first competitive Super League season as a team that was expected to be in the relegation zone, and it's probable they'll be back for a second consecutive season next year.

Meizhou Hakka and Hangzhou Greentown split the spoils in their previous match, which ended in a 1-1 draw, ending their two-match winning streak, and while a point was not enough to secure a third-place finish, it was more than enough for what they could barter for.

Prior to that, they defeated Hebei City F.C. 6-0 in a thrilling six-goal game to earn all three points and extend their winning streak to two games.

Sitting in fourth place with 30 points, they have easily deposed Shanghai Shenhua, who had previously held the position and may well be on track to do so once more after deposing Henan Jianye in third.

This will be their first meeting in the Super League.

Shanghai Shenhua has not been in the form that everyone had anticipated, and as they work to get back on track with a more convincing result, they have experienced a minor decline in the standings.

Meizhou Hakka's season hasn't exactly gotten off to a bad start, as they currently sit fourth in the table with a chance to move up to third. They may as well be determined to cause misery for their hosts by winning.

Bookmakers appear to be marginally favoring Meizhou Hakka's victory, so this matchup may end up being evenly matched. In any case, goals should be anticipated as they both compete for three points that will allow them to advance in the standings.