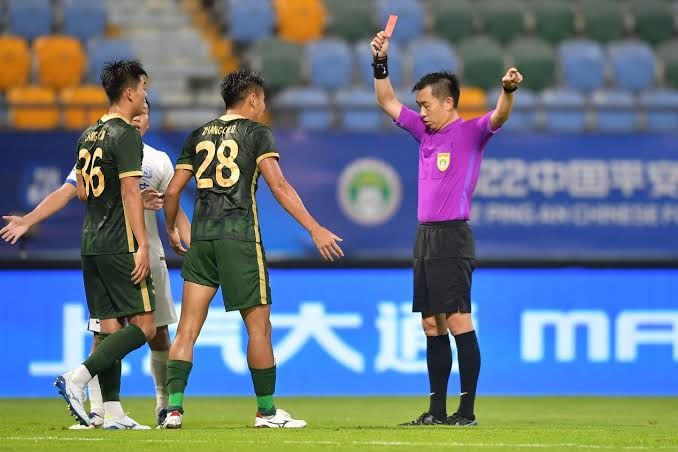 Shanghai SIPG prepares to take on a resilient Beijing Guoan in their 21st matchday of the Super League at the Dalian Sports Center Stadium in hopes of climbing up to third position in the standings.

Will Beijing Guoan be able to halt their winning streak or will they be able to make it four victories in a row?

In what was an intense contest against Chengdu Rongcheng, they managed to rise to the occasion and quell the strain as they cruised to a 3-0 victory in a neutral home environment to bag three points.

They have put in an excellent performance, as they have been blessed abundantly by a three-match winning streak in the Super League, with a total of 13 points obtained in the course of the last five matches.

As a result, they have risen to fourth place in the Super League standings, two points behind Shanghai Shenhua in third. As they pursue their fourth straight victory, they will hope to reclaim their previous continental position.

It was a disheartening outcome as they were denied the chance to make it two straight wins as they were held to a 2-2 draw in their most recent excursion against Dalian Pro and were only able to share a point each at the final blow of the whistle.

The visitors, in this case, have treaded carefully in their previous encounters since their form is far from erratic, with only one defeat in their last five matches, garnering 8 points in the process.

With 27 points in 9th place in the rankings, they are only three points away from a 7th place finish, and with the hosts being a barrier to their goal, it will be an interesting clash as they attempt to topple them.

While a team effort will be necessary to trigger an upset by ending their hosts' winning streak, all eyes will be on the 25-year-old Zhang Yuning, who will once again lead the attack as he has been absolutely fantastic in the last five matches, with four goals to account for his impressive form.

Shanghai SIPG has won 11 of the last 24 meetings; Beijing Guoan has won 8, and there have been 5 draws, with a goal difference of 32-28 in Shanghai SIPG's favor.

The hosts are obviously confident going into this match and will look to reclaim third position after being dethroned by Shanghai Shenhua, and this will be the ideal opportunity for them to make it four consecutive victories when they play another home match.

Beijing Guoan may not be the bookies' favorite, but they are absolutely worth a take in the corner department as they have a +1 handicap going into this match as they have been known to bag in corners at an alarming rate and there is no doubting that perspective in any manner.

While they only average 4.37 corners away from home, compared to Shanghai SIPG's 4.48 corners at home, we believe they will be the better team in this scenario because matches involving them have seen an average of 8.33 corners in total.