Tianjin Teda vs Wuhan Three Towns Prediction: Opting For Goals In This Encounter 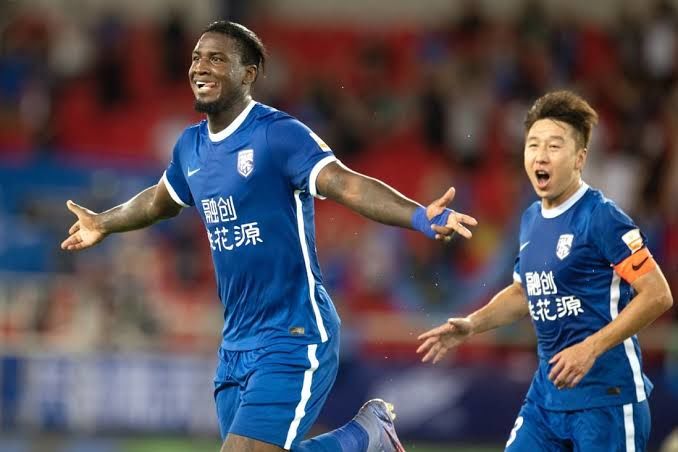 Wuhan Three Towns travel to Wuyuan River Stadium for their 22nd matchday of the Super League following their loss to fellow rival Hangzhou Greentown on the road.

Will the visitors hold firm this time and return to winning ways in the hopes of maintaining first place, or will they extend their losing streak to three matches?

It was nothing but a breeze of fresh air for the Tianjin Tigers, who recorded their second consecutive win in their recent match against Dalian Pro on the road, winning 2-0 before going on to win 1-0 against Henan Jianye on the road.

As they currently sit in 11th place with 26 points, their form has not been convincing enough to be consistent enough, and as they seek their third consecutive victory, they'll fancy their chances against table leaders Wuhan Three Towns, who have become vulnerable following back-to-back disappointing results.

They have 7 points from their last five matches, which include two wins, one draw, and two defeats. And, with only two wins in their last seven home matches, in which they have collected eight points, and have not been entirely consistent at home at the moment.

On a two-match losing streak in the Super League, the visitors have been completely taken aback by the results so far, and while they were confident that they'd bounce back prior to their home defeat against Cangzhou Mighty Lions, they were met with a similar fate this time on the road, falling to a 2-1 defeat against Hangzhou Greentown.

And as a result, the point deficit that was once set at 7 has been reduced to 1, providing a protective barrier for them against second-placed Shandong Taishan, who have been resilient enough to close the gap to a marginal as they are now seperated by a point.

As they currently sit first in the standings with 47 points, all that remains for them to do is defend their position against vying eyes in the Super League, and with Shandong Taishan only a point behind them and in danger of dropping to second if they fall short again against Tianjin Teda, valiant efforts will be required from them moving forward.

They boast the best joint away record in the Super League with only one loss in their last 11 away games in which 26 points were accrued. They will surely use that as a trump card in this match to get back to winning ways.

Wuhan Three Town's two-game losing streak has taken a toll on them as they now have to maintain their first-place position in the Super League, a draw won't be enough to keep them on top, and with pressure mounting, a win is what they need to put their minds at ease.

The hosts are underdogs with bookmakers in this case and have a valid reason to back up their claim with their home record being one of the first as they have struggled to maintain their home form in which they have only two wins, and while they may not be vouched for a win, finding the back of the net shouldn't be a problem given their visitors' crack in defense that has seen 9 goals conceded in the last five matches.

With Wuhan Three Towns involved, goals appear to be the viable option to choose as they've seen their previous 7 of the last 8 Super League matches produce a total of 3 goals while firing in 24 in total and with their defense starting to crack as vouching for a win comes with a lot of doubts.