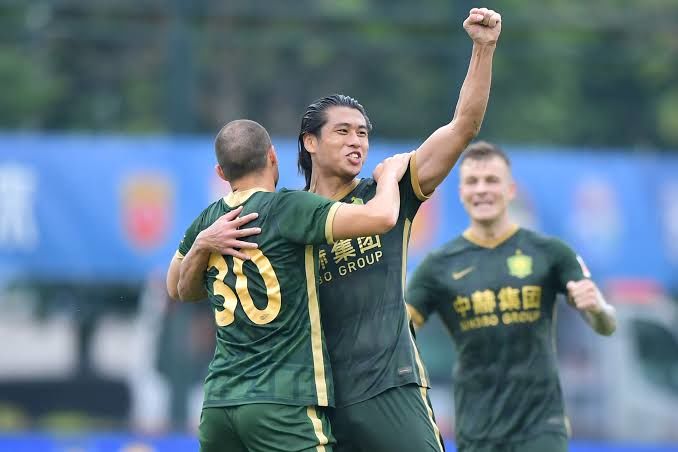 The league's top-placed Wuhan Three Towns, who have gone an unblemished eight games without dropping a game, are undoubtedly putting on a show worth watching. Beijing Guoan, who has lost two straight away games, will be their opponent when they begin their 12th Super League matchday.

When these two sides compete in pursuit of their first victory against one another, as this will be their first meeting, another triumph for the hosts at the Wuhan Sports Center is anticipated.

One of the most in-form sides in the Super League is yet to polish their impressive run by claiming another victory against Beijing Guoan in their 12th matchday, and this should be a walk in the park for them as they've cruised comfortably in most of their recent matches.

They just recently claimed a victory against Guangzhou City in which they thrashed the side to a 3-0 scoreline on the road, with the first half of the game starting at a slow-pace to completely picking up the tempo in the second half with all three goals coming in that period.

With the kind of optimistic attitude they bring to every game and the stellar record they now have, they are in a position to overcome any challenges that could adversely affect their form.

The Wuhan Sports Center has become their ultimate playground for defending their stronghold in top form after they have won 5 straight home games, leaving no stone unturned, and could possibly make it to 6 home victories when they play host to Beijing Guoan.

The visitors' last two away games have ended in defeat, with one coming at the hands of Shenzhen FC by a score of 2-1, as they continue to recuperate from their defeat at the hands of Henan Jianye this past weekend.

Due to their 3-0 loss to Henan Jianye, they dropped from fifth to eighth place in the standings, and only one win, two draws, and two losses have been recorded in their last five games.

Beijing Guoan have been a threat with their well-balanced attack when playing away, even though they are far behind Wuhan Three Towns in terms of goals scored across all of their Super League games. With so many chances at goal, it was unfortunate that they failed to score a goal against Henan Jianye.

In the last six Super League games, Beijing Guoan played away from home. They scored 9 goals while giving up 11 goals, demonstrating that their defense is not something you can really rely on.

This will be the first encounter between these two teams in the Super League.

Wuhan Three Towns have been a remarkable team to watch in the Super League thus far, winning ten of their last 11 games played with only one match ending in a draw, marring their already illustrious record.

They have only let up 6 goals in their last 11 games, and they now hold the top spot in the super league for most goals scored with 36, so their defensive and offensive prowess are very noteworthy.

Wuhan Three Towns are unquestionably the favorites to win this game at home, and I wholeheartedly concur with that prediction. However, this time, I'll jump right on Beijing Guoan's side—not for them to win the game, but rather for them to rack up a total of three corners, as they are being undermined in this case.

If their recent encounter against Henan Jianye, in which they scored themselves 8 corners despite the hosts being clear favorites, wasn't enough to persuade the bookmakers that they could once again score more than three corners against Wuhan Three Towns, then they'll undoubtedly be in for a surprise.

This time, the first pick will just revolve around Beijing Guoan scoring three corners versus Wuhan Three Towns since I believe they are more capable of achieving that sort of outcome.

The second option is for both teams to score, but given the great defense of the home side and the fact that the visitors are a different breed when playing away from home, I do not totally expect this wager to pay off immediately. Beijing Guoan do, however, have the fighting skills necessary to stand their ground against stronger adversaries.