Wuhan Three Towns vs Dalian Pro Prediction: The Hosts Are A Force To Be Reckoned With When Playing At Home 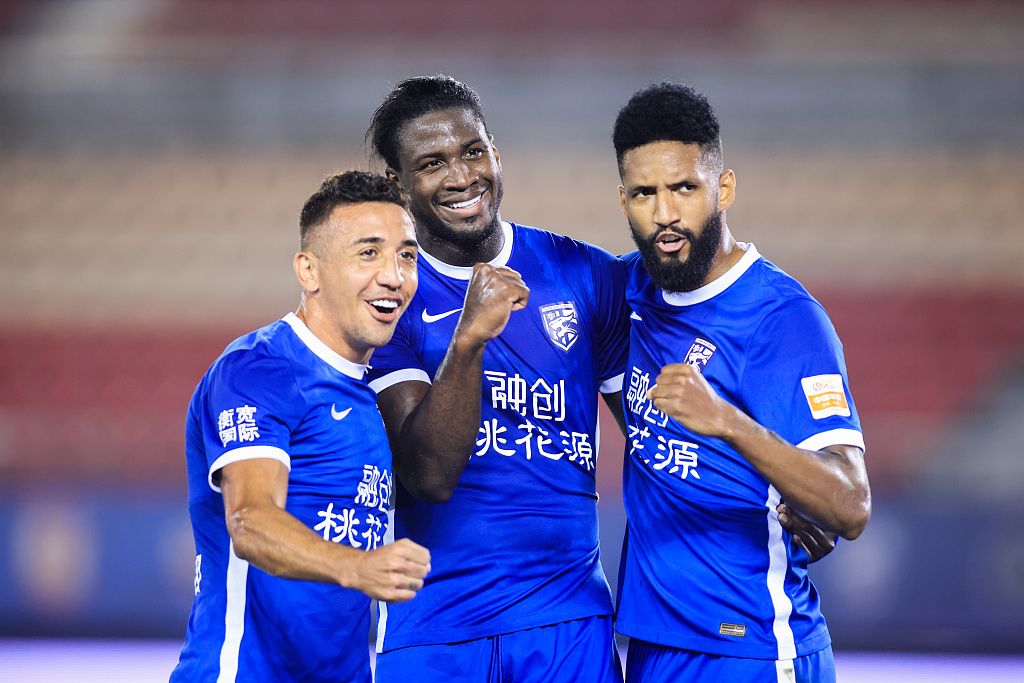 Wuhan Three Towns will undoubtedly fancy their chances of picking up where they left off by recording a second consecutive victory when they play host to Dalian Pro for their 19th matchday of the Super League at the Wuhan Sports Center Stadium.

While they were faced with a two-game losing streak recorded from Cangzhou Mighty Lions (3-4) and Hangzhou Greentown (2-1), they came back in the nick of time to register a 1-0 victory against Tianjin Teda to get back on track.

They were able to close the point gap with Shandong Taishan to three points, and they would likely tread carefully this time around as they were only a point away from being dethroned in their respective position.

With a second straight victory, they may be able to regain their form and keep the top spot in the rankings. With a perfect record at home, only one loss, and 21 points amassed while advancing to score a staggering 35 goals, there's no doubt that they'll prevail.

The Blue Hawks have maintained their "never give up" mentality to this day without letting go in order to prevent falling back into the pit they were once in, where they were constantly on edge as the relegation zone grew closer to them.

They recently played Chengdu Rongcheng at home, and despite being slight favorites, they didn't let that derail them from prevailing 2-0 and retaining all three points, displaying a dominant trait.

Currently in a precarious position, holding down 12th place in the rankings with 22 points and are level on points with 13th-placed Cangzhou Mighty Lions. A loss could thwart their plans to hold onto their position, or even worse, cause them to fall in the rankings if Shenzhen FC were to record a victory in their match.

Both teams come into this match in high spirits, and a lively clash is to be expected as they look to maintain their rankings, as anything less than a win will not suffice.

Dalian Pro have struggled along the way, but they have done well enough to get back up and dust themselves off, and their victory over Chengdu Rongcheng was confirmation of their strong will, which has kept them in the rankings just 10 points away from the relegation zone.

Adding to their resume, a victory over the team at the top of the table, Wuhan Three Towns, will be of great benefit to them, but the vast quality difference between the two teams cannot be ignored. It is possible they could get one past the formidable defense of the hosts, but there is no avoiding the inevitable as defeat is right around the corner.

Given that the game may end up being one-sided and that goals are likely to be scored quickly, over 2.5 goals should be sufficient. This is because the hosts are not afraid to shoot on goal, having scored 59 goals in their last 20 games, which is double what Dalian Pro has scored with only 32.

And even though that might not be enough, backing them up on the Asian handicap -1.5 might be the other option since we expect them to win by at least two goals.