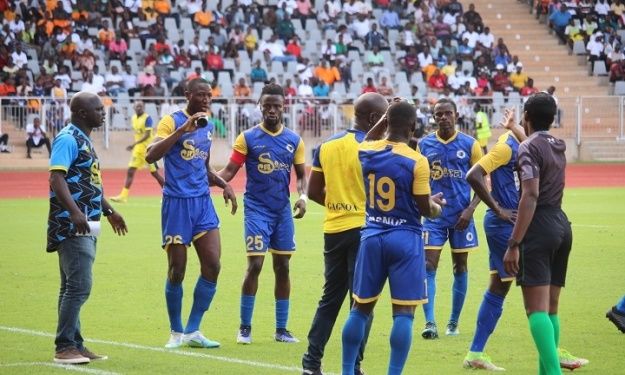 The Ivory Coast Ligue One continues as CO Korhogo square off with Sporting Gagnoa at the Stade Robert Champroux Stadium on Sunday. Can the guests pick up from where they stopped last season?

They finished in the 14th spot last season, and the home side will be hoping to start this season positively. They managed just three wins with seventeen defeats the previous season while sharing the spoils three times.

They kicked off their season with a stalemate against Stella Club D’Adjame away from home. The match, which has everything except a goal, ended in favour of the visiting side as they secured their first point on the road.

CO Korhogo won a game at home last season with eight matches ending in a defeat while sharing the spoils four times.

The guests had a fantastic season after finishing in the second spot with fifteen points behind Mimosas. Sporting began their season with a (3-1) aggregate victory over the Liberian giant in the CAF Confederation Cup qualifier.

Their first league game of the season ended in a (1-0) win against a strong FC San Pedro side.

Sporting Gagnoa lost just three games away from home last season and will strive to correct that when they visit CO Korhogo later tomorrow.

The last ten meetings have seen Sporting Gagnoa secure seven wins and two draws while the home side have only won once against their opponent.

The home team have always been a poor side, and they recorded just a win at home last season. We expect the visitors to take advantage of the home side's weakness and secure all three points here and score more than two goals for 1.85.

The visitors will score in both halves here for 1.80.