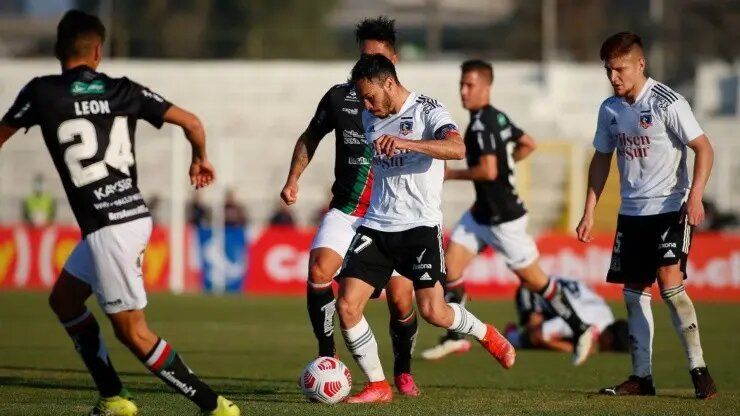 Colo-Colo and Palestino will lock horns in the upcoming fixture of the Chilean Primera Division, which will be played at Estadio Monumental David Arellano. Going in the contest, Colo-Colo leads the head-to-head statistics against Palestino with 13 wins, which will give them a boost as they look to win over Palestino and stay in the top position. Colo-Colo will be the favorites to win as they are the table toppers and have a fantastic track record this season.

Colo-Colo - Having a Dream Run (WWWWW)

With five consecutive wins under the belt, Colo-Colo is enjoying itself in the ongoing Chilean Primera Division. In the contest, Colo- Colo is coming off a win against Antofagasta (1-0), in which Juan Martin Lucero scored the only goal in the 49th minute. With the best goal-scoring average of 1.9 goals per game, Colo-Colo will be the ultimate favorite to win against Palestino, cementing their top position in the contest.

Going in the game against Colo-Colo, Palestino is coming off two back-to-back draw games against Audax Italiano (3-3) and Union La Calera (2-2). From both the games, Bruno Barticciotto and Jose Bizama have been the most dependable players for Palestino. Moreover, Palestino will be relying on Maximiliano Salas, Bryan Vejar, and Misael Davila who can really change the entire complexion of the game in seconds.

Going in the contest, Colo-Colo and Palestino both stand very high chances of ending the game as a draw. Both sides have competitive attackers and defenders who can demonstrate their A-game, saving their side from a defeat. Hence, I will be predicting a draw with both sides managing to score at least.