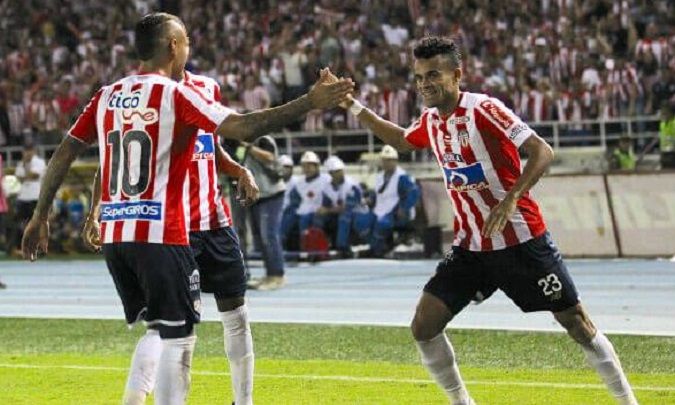 In the upcoming fixture of Colombia Categoria, A, Junior F.C will take on Independiente Medellin at the Estadio Metropolitano Roberto Melendez. Going in the game, Junior F.C stands 6th with 2 wins and 8 points from 6 games played in the contest so far. On the other hand, Independiente Medellin stands 10th with just a win and 7 points in the contest so far. Junior F.C and Independiente have a rich history of playing against each other in the past, contributing to the status of Colombia Categoria A. With 15 wins over Medellin, Junior F.C leads the head-to-head stats against the visitors for tomorrow’s game.

Junior F.C - Coming off an Unexpected Defeat Against Once Caldas (LDWDW)

Going in the game, Junior F.C is coming off a shocking defeat against Once Caldas (1-2), in which Junior F.C couldn’t stop Marlon Piedrahita from breaking the defense and scoring the final goal in the 95th minute. At the moment, Junior F.C is playing with a goal scoring average of 1.3 goals per game, which is quite decent compared to the other teams in the contest. Junior F.C is known to play with an attacking mindset as it has created 41 big goal scoring chances so far. Junior F.C will take the attack to the visitors from the very first minute in the hunt for a goal scoring opportunity.

Independiente Medellin - Need to Start Clicking as Team Together (DLDDW)

Independiente Medellin has won only a single game from its last five in the season. Their only win came against Patriotas (1-0), and after that, they managed to draw three fixtures against different oppositions. Going in the game against Junior F.C, Medellin is coming off a draw against La Equidad (1-1). With a goal scoring average of 0.8 goals per game, Independiente Medellin will look to score at least a goal and get themselves clicking together as a single unit. For Medellin, Luciano Pons will take the attack to the opposition, with a clear motive to score and get the win.

I will be backing the hosts to win over Independiente Medellin for the upcoming game, which is still finding the best playing combination for the contest. The game total is expected to be over 2.5, and the hosts to score 2 or more goals.