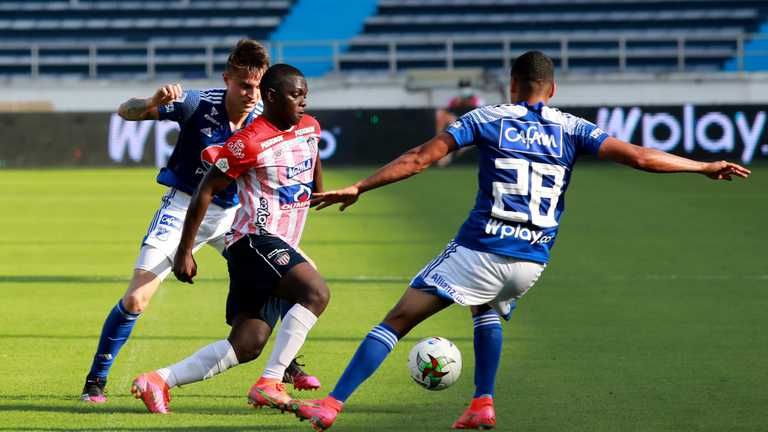 In the Columbia Primera A league, teams have played two games each so far, and Millonarios are leading the Group A standings with 4 points. Junior FC are struggling and are unable to convert small changes into potential winnings. Both teams have a rich history of playing against each other, and surprisingly, Junior FC leads the head-to-head stats with 14 wins from 33 games played. Three months back, when these two sides played against each other, Millonarios won 1-0, and before that, 4-1.

If we snapshot their performance based on their last five games, then Junior FC are certainly struggling. Going in the game against Millonarios, they have lost to Bucaramanga (2-0) and Union (0-4). They managed to tie the game against Atletico Nacional (1-1) and won against Oriente Petrolero (2-0). Junior FC has a goal-scoring average of 1.3, which is pretty decent. However, they haven’t been able to score any goal in their last two games.

Millonarios - Favorites Away from Home (DWWDW)

Millonarios are performing very consistently as they haven’t been defeated in their last 5 games. Going in the game, Millonarios have drawn games against Atletico Nacional (2-2) and Tolima (0-0). Moreover, they have won against Bucaramanga (1-0) and Alianza Petrolera (1-0). They have a decent average of 1.2 goals per game, which is complemented by their decent defense. Against Junior FC, Millonarios have won their last three outings, making them the favorites to even win this one.

The odds and stats are certainly backing the away side to win and maintain their dominance at the top of the table. Going in the game, Junior FC are likely to struggle and streamline their attack. Only Millonarios will be able to score, and the expected scoreline is 0-1 or 0-2.