Junior FC vs Santa Fe Prediction: Can Junior Make Most of the Home Advantage? 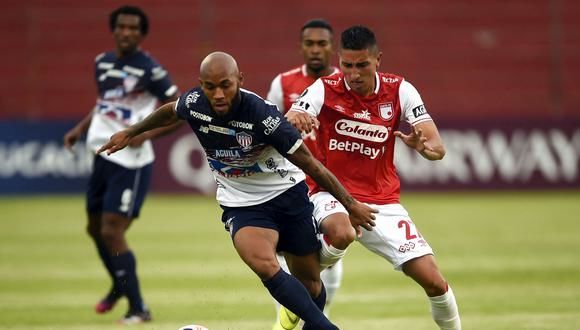 In the upcoming fixture of the Colombia Categoria A, we have Junior FC taking on Santa Fe at the Estadio Metropolitano de Fútbol Roberto Meléndez. With Group A fixtures getting intense, we have Santa Fe standing at the second spot with just a win and 5 points from 3 games played so far in the top eight contest. On the other hand, Junior FC still finds itself at the last spot with just a point. From 35 games played between the two, Santa Fe has won 14 games, leading the head to head wins.

In Round 4 proceedings, Junior FC managed to pull out a draw against Santa Fe (0-0), however, now the dynamics will be quite different. With Junior playing at home, we can expect a reasonable competition. Junior FC needs to improve its goal scoring average as it averages around 1.2 goals per game. Moreover, their last 2 games have been on a low side, as they didn’t manage to score a goal. However, Junior FC has created more than 50 goal scoring chances this season. With a robust lineup and balanced formation of 4-2-3-1, much will depend on the likes of Arias, Ortiz, Gordillo, and Bacca.

Santa Fe - Will be Missing Out Carlos Moreno (DWDWW)

Apart from the draw in the last game, Santa Fe has stayed on track and delivered as the most consistent side. Going in the game, Santa Fe is even looking at the possible changes that can be made to the lineup. With a goal scoring average of 1.3 goals per game, Santa Fe is likely to continue its unbeaten run. For Santa Fe, Neyder Moreno has created the biggest chances for Santa Fe (7). Santa Fe will depend on the likes of Torres, Morelo, and Estupinan as they look to defeat Junior FC away from home.

Going in the game, Santa Fe is likely to hold the cards, even though Carlos Moreno will be out due to a red card suspension. The game total is expected to be under 2.5 goals and only Santa Fe to score. The final score line is likely to be 0-1 or 0-2.