Colombia vs Peru: The home team will be closer to a win 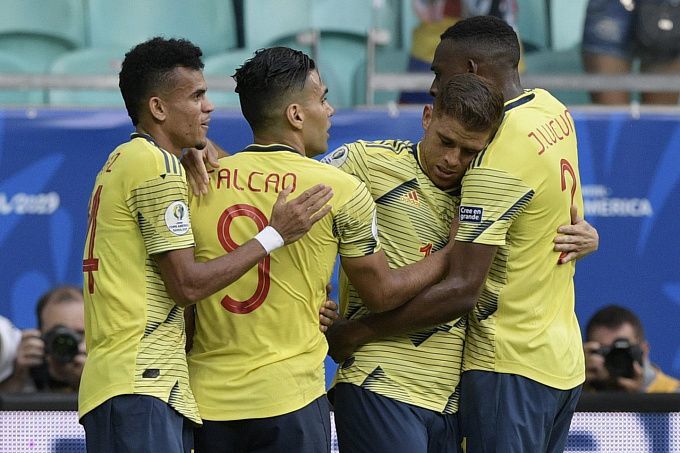 Colombia and Peru recently played against each other in the third-place match at America's Cup, where the Coffee Growers were 3:2 stronger. Will the Red and White be able to take revenge now? Our prediction is that the home side will be closer to success again!

Colombia has qualified for the last two World Cups but now risk missing out on the 2022 World Cup in Qatar. In their 14 qualifying matches, the Coffee Growers have only managed three victories: they beat Venezuela 3:0 in the first round, followed by a 3:0 success against Peru, and once again beat Chile 3:1. Since then, the Colombians have failed to win five consecutive official games, undermining their standing and relegating them to fourth place. In January, Reinaldo Rueda's side managed to play against Honduras, winning 2:1, but they have more severe opponents ahead.

The Peruvian side started their World Cup 2022 qualifying campaign so that there was no question of a trip to Qatar. In five games, they suffered four defeats by a combined score of 2:11 and once again drew 2:2 with Paraguay. The situation seemed hopeless, but gradually the Red and Whites have managed to rectify it and now seriously contend for eventual success. Ricardo Gareca's side was particularly productive in November when they beat Bolivia and Venezuela 3:0 and 2:1. This breakthrough allowed the Peruvians to climb to fifth place in the standings, which alone enables them to qualify for the 2022 World Cup, and they are only a point behind the top four in terms of extra points.

Colombia and Peru approach the encounter with similar results in the 2022 World Cup qualifiers, with 17 points in 14 games. That makes them a contender for Qatar, but a defeat in a head-to-head encounter would seriously undermine their position. In the clash between the two sides in the standings, the favourites can still be considered the Coffee Growers, whose squad looks stronger, and they will be playing on home soil. They also beat the Peruvians 3:0 in the first game of their qualifier. As a result, we suggest betting on the Colombian team's victory for 1.69.

Not only do Colombia and Peru have the same current standings, but they are also placed fourth and fifth, respectively, making them direct contenders for a place in the 2022 World Cup. That certainly doesn't make for high scoring in their head-to-head encounters, but they have been playing each other too effectively lately to pay much attention to the standings. In their three previous meetings, the opponents scored 11 goals against each other (3.67 goals per game on average), so we suggest betting on a total over 2.5 for 2.37.

Colombia came into this match with a five-match unbeaten streak, and now two of their leading scorers, Duwan Zapata and Luis Muriel, have been ruled out for health reasons. In such a situation, Luis Diaz must save the team. As a member of Porto, he is having an outstanding season, having already scored 14 goals in 18 games. By comparison, he scored more than he did in the previous two league games. The 25-year-old is in great form, so we suggest betting on Luis Diaz's goal for 3.48.