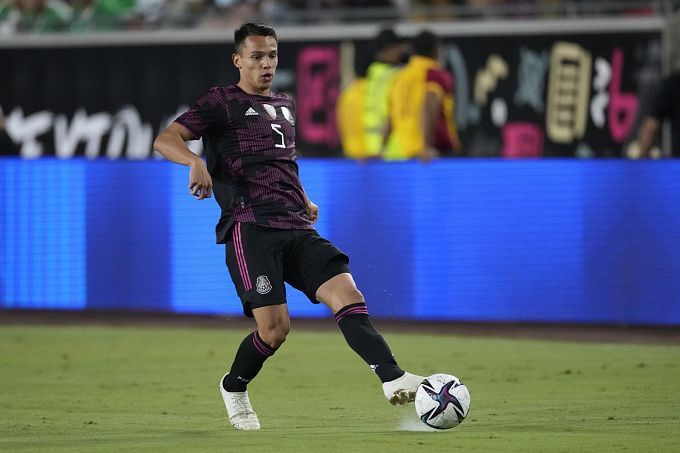 The Mexican team has a bad start in the tournament despite being one of the big favorites of the CONCACAF Gold Cup but,  in the match against Guatemala, they will try to correct this. Bookmakers predict a defeat for Mexico - is everything that obvious in this match?

The Guatemalan team literally dropped out of international soccer for four years and played official matches only in the CONCACAF League of Nations. The return was not a bad one, although the team failed to qualify for the next round of the World Cup. The Guatemalans lost on penalties to Guadeloupe (1-2) in the Gold Cup qualifiers, but Curacao withdrew from the tournament due to a coronavirus and a place was made available. Few local players play abroad, and among the footballers that play in Europe, we can mention Matan Peleg, a longtime player in Israel. Mexican American forward Antonio Lopez was supposed to be the leader of the national team, but because of a serious injury, he did not come to the Gold Cup.

Rafael Loredo's team played six matches this summer, winning two and losing one in regulation time. In the 1st round of the Gold Cup, the Guatemalans lost to El Salvador with a score of 0-2. From the beginning of the match the team gave up the initiative and at the same time for a long time defended reliably. The first goal Guatemala team conceded at the 80th minute after a long-range strike, and at the end of the game missed a dangerous counterattack. Despite the fact that the team made only four shots on goal, the team had chances to score. With a score 0-1, Darwin Lom failed to score from an excellent position, and at the end of the 1st half, Jairo Arreola hesitated and failed to convert on a fast break.

The Mexican team brought to the Gold Cup is not the strongest lineup, but despite this the bookmakers consider it to be one of the favorites to win the tournament. Due to injuries Andres Guardado, Rodolfo Pizarro, Jose Juan Macias, and Raul Jimenez did not come to the tournament, and Betis midfielder Diego Llanes is now on the Olympic team. The surprise was the absence of Javier Hernandez, who scored 52 goals in 109 games for the national team. Irving Lozano, Jesus Corona, and Hector Herrera made up a very formidable attacking trio, but Lozano was injured in the last match and the Napoli forward will not play until the end of the Gold Cup. Nevertheless, many of the Mexican representatives have experience of playing in Europe, and in general, the level of the championship is very high. Defender Hector Moreno once played for Roma, Espanyol, PSV and Real Sociedad, while Carlos Salcedo played for Eintracht and Fiorentina.

In the last 8 matches, Gerardo Martino's team did not lose within regulation time, winning 4 times. In the 1st round of the Gold Cup, the Mexicans were content with a draw - 0-0. Already in the 1st half, the team screwed up a few good chances: Jesus Corona was unable to capitalize on a one-on-one situation and missed on the rebound, and Rogelio Funes was unable to return the ball after a cross into the penalty box. In the 74th minute, the same Funes again failed to score from an advantageous position, as well as Orbelin Pineda, and in the end, the referees did not count the goal of the national team of Mexico because of offside. Defensively, the team did not make any serious mistakes: their opponent did not hit a single shot on goal.

The last match against Mexico was very tightly defended, but even so, the team could score 3-4 goals. The team's defense has not yet been particularly tested on the strength, but difficulties may still arise. It will be difficult for Guatemala to avoid a rout, but at least the team can count on the prestige goal: in the two previous games, the team has created some good chances. The Mexicans are also supported by the fact that the Guatemalan team has a busier schedule: they played their first match later than they had to. I propose to bet on the following outcomes: