Argentina vs Chile: The Albicelestes will get a pragmatic victory 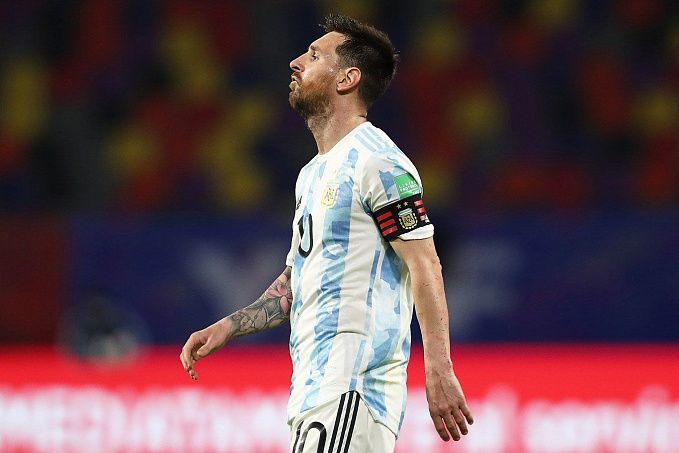 The Chileans have only beaten the Argentines six times in their 87-match history of head-to-head encounters. Will the Chileans be able to improve on that statistic in the upcoming game? Our prediction: the Albicelestes will be stronger.

The last time Argentina won the Copa America was back in 1993. Yes, in their last six contests, the Albicelestes have won five times, but the big question is whether Messi will be able to win anything with his national team as an experienced player. The legendary Argentinian is now 33 years old and will be 34 as the continental championships progress, so the chances are burning before his eyes. The Argentine team once again brings to Copa America a powerful squad with many bright stars, but whether they will be able to assert themselves and help Leo win the trophy or will again fade into the shadows is a big question.

Chile, with its current lineup, won two consecutive Copa America in 2015 and 2016, but their exploits ended there, and lately, they have been a very sad sight. The Chileans have missed out on the World Cup in Russia and now risk missing out on the 2022 World Cup in Qatar, as they have only managed one win in their opening six qualifying matches, and that was against hapless Peru 2-0. It seemed that in the last round, the Reds could easily beat Bolivia on home soil, but even here, Martin Lasarte's charges played out only a draw, 1-1, leaving them in seventh place in the standings.

Argentina begins one of their last tournaments with Leo Messi in the squad, where in addition to the best player in the world there will be such status guys as Lautaro Martinez, Sergio Agüero, Angel Correa, Angel Di Maria, Alejandro Gomez, and many more. Yes, the Albicelestes stellar lineup has a lot of times already disgraced themselves by not succeeding, but now they have everything they need to be good. Fortunately, they begin the match against the Chileans, who are in bad shape, so the wards of Lionel Scaloni must get three points. Bet on the victory of Argentina with a handicap (-1.0) at odds of about 2.75.

Argentina regularly failed at major international tournaments because it had disastrous defensive problems. With the arrival of Lionel Scaloni as head coach of the Argentinian Team, their defense has improved, while their offense is regularly marked by productive actions, although not on an industrial scale, it is enough to make. That is why we should not expect high-scoring activity from the upcoming battle, and the best option for the forecast seems to be a total of fewer than 2.5 goals at odds close to 1.727.

You should not count on the fact that in the upcoming match the rivals will start showing a vibrant and fast game from the very first minute. On the contrary, both teams will try to start as cautiously as possible so as not to make any mistakes, and then they will gradually look for chances to attack. Moreover, in their last game, the Albicelestes got off to a flying start, scored two quick goals, but failed to hold on to their lead. Now they will act wiser, so it is worth looking at the bet that the first goal in the match will be scored by Argentina after the 29th minute with odds of about 3.10.