Argentina vs Ecuador: another Albiceleste victory over Ecuador? 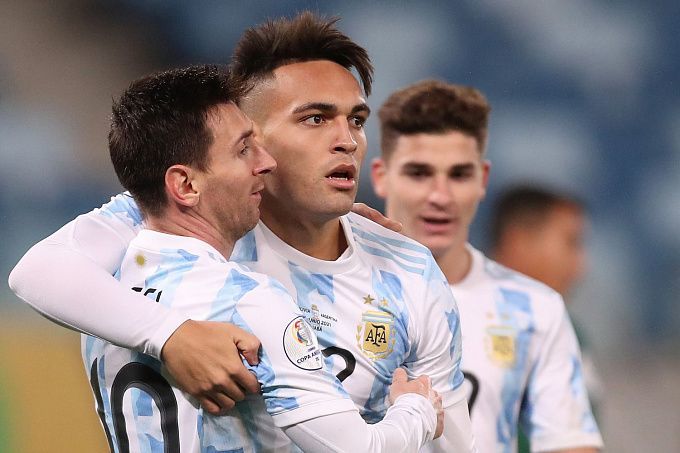 After the group tournament, it seems that Argentina will pair up with the Brazilians in the final.  However, Brazil is already in the semifinals, and Argentina has really impressed throughout the first four games of the Copa. Yes, the Albiceleste could not win all four games, but the same could be said about the Brazilians, who could not beat Ecuador in the fifth round. Argentina began the tournament with a draw against Chile, whose national team had already left the tournament after losing to the Brazilians in the playoffs. The Albiceleste continued with three consecutive victories over Uruguay, Paraguay, and Bolivia; Argentina scored four times against Bolivia, Messi scored a double, and now leads the scoring race along with Lapadula, the striker from Peru.

We have already noted that Ecuador has never won any match in the Copa America 2021. Moreover, the Ecuadorian team has a victory-less streak of six consecutive matches. The last time the team won was in late March 2021 against Bolivia. Many will now say, it's no big deal, but the Ecuadorian team in the fifth round of the group stage did not lose to Brazil. But let's not forget that the Brazilians in that game played not with the strongest lineup, which is extremely important.

Ecuador is a convenient opponent for Argentina. We have already mentioned that Ecuador has never beaten the Argentinians at the Copa, and we doubt that this trend will change. Argentina now looks strong, we will not be surprised to see the Albiceleste in the finals of the Copa. If that happens, Brazil will have to try hard to beat Messi and Co. In this pairing we are on the side of Argentina, the Ecuadorians constantly miss, and will probably miss their shots in this match as well. We propose the following bets: W1 for 1.605, TO (1.5) for 1.40, Both Teams To Score - No for 1.70.