Argentina vs Uruguay: Will the match end up in a tie? 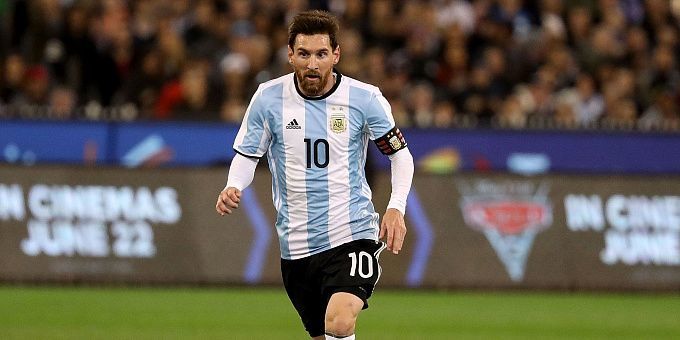 Definitely the centerpiece of the second round of the group stage of the Copa America 2021. One of the continent's most decorated teams, the Argentinians and the Uruguayans, will meet. The national team of Argentina is one of the favorite, teams however, the national team of Uruguay should not be underestimated, as they say, the Charrúas are quite capable to score in Brazil.

Argentina's national team: the second most expensive team on the continent

In June 2021, Argentina has already played three official matches, and all three ended in a draw. As part of the World Cup qualifiers, the Argentinians tied against the Chileans and the Colombians. In the first round of the Copa, they faced the Chileans, the match ended with a score of 1-1. The Argentinian team in that game had some advantage in terms of shots towards the goal and into the box, but it was not enough for the final victory. Although the Argentinians were the first to take the lead, Messi scored in the 33rd minute. Against Chile, Argentina's national team played according to the scheme 4-3-3, with the threesome of Gonzalez-Martinez-Messi. It should be noted that the current Argentinian national team is one step away from a generational change. Otamendi, Messi, Di Maria, Agüero and Gomez are all 33 years old. Maybe these guys will play in the 2022 World Cup, but not at the next Cup. But for the last time Argentina became the champion of the continent in the 90s.

Cavani, Suarez, Caceres are 34 years old, Godin and Muslera are 35 years old. It is not certain that these guys will even play in the 2022 World Cup. The current Copa is very likely the last in the career of this five. So the team of Uruguay wants to win the tournament in Brazil, at least as much as the Argentinians. It is also worth noting that if the national team of Argentina has already managed to play one match, the Uruguayans, because of the odd number of teams in the group, missed their first round. Uruguay played both of its June 2022 World Cup qualifiers in a 0-0 draw against Paraguay and Venezuela. These results show that the attack of the continent's most titled team in the Copa is far from good. Also note that Tabares experimented with tactics in June. Against Paraguay, Uruguay played a 3-5-2 formation. Against Venezuela, it was 4-1-4-1.

The group stage of the Copa has just begun, and for Uruguay, the upcoming meeting will be their debut. We believe that the teams will not take any chances and show their strengths right away. We're expecting a hard-fought and inconclusive encounter that will most likely end in a draw for the third time in a row. We'd like to offer the following betting variants: W1 for 2.09, Tie for 3.40, Total Goals Under 1.5 for 2.80.