Bolivia vs Uruguay: The Celeste will get their first win of the tournament 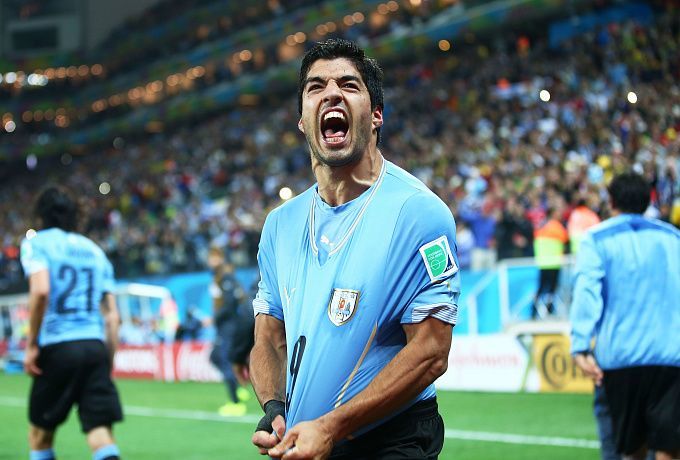 The Bolivians have only beaten the Uruguayans three times in their 33-match history. Will the Greens be able to beat such an uncomfortable opponent? Our prediction: the Celeste will win!

The Bolivian team is the underdog in Copa America, as they have demonstrated since the beginning of the tournament. In the first round, César Farias Acosta's men were defeated by Paraguay - 1-3, and then suffered a setback against Chile - 0-1. Such a modest performance by the Greens should not cause any surprise, because their main trump card is the home stadium, where at high altitude all opponents feel disgusted, and the Bolivians take advantage of this factor, and on neutral territory, they are deprived of it. So it turns out that the Bolivian team is at the bottom of the Group A standings.

The Uruguayan team is one of the strongest teams on the South American continent, but the year 2021 is extremely unsuccessful for them, especially in terms of attacking during matches. Back in the qualification for the 2022 World Cup Uruguayan team, Oscar Tabarez allowed three consecutive matches without scoring when they lost to Brazil - 0-2, and then shared points with Paraguay and Venezuela - 0-0. Failures continued at the start of Copa America when the Uruguayans lost to Argentina, 0-1. The Celeste was the first to concede in the game against Chile, but in the 66th minute, Luis Suarez ended the scoring drought, tying the score at 1-1, which allowed the team of Uruguay to climb up to fourth place in the standings of Group A.

Uruguay and Bolivia are next in Group A after their opening two matches in the Copa America, but that does not mean that the level of their opponents is comparable. Of course, the Celeste is a much higher class team, especially after the return of Edison Cavani, and the Bolivians could only give decent resistance to such a powerful opponent on their highland soil. The match will take place in Brazil, so the Greens have no chance of success, and to bet on the victory of the Uruguay team is possible at odds of about 1.23.

We should not expect high scoring in the upcoming game. The fact is that Uruguay is currently facing a serious crisis with their attack, as in the last five games they scored only one goal (0.20 average per game). Yes, against such a minor opponent as Bolivia, Oscar Tabárez's men should score once or twice, but hardly more than that. We should not expect anything extraordinary from the Bolivians in the attack, so the total score of fewer than 2.5 goals at odds close to 2.10 seems to be the best option for our forecast.

The Uruguayan team has scored a total of only eight goals in the last eight matches, which is a very modest figure, but Luis Suárez wrote five of them into his account. It turns out that he is the author of 63% of the goals of the Celeste in this segment. Great involvement in the final results of the team. Obviously, the 34-year-old Uruguayan is in great shape now, so it is worth looking at the bet on Luis Suarez's goal with odds of about 3.30.