Brazil vs Chile: Another dry victory for the Pentacampeones 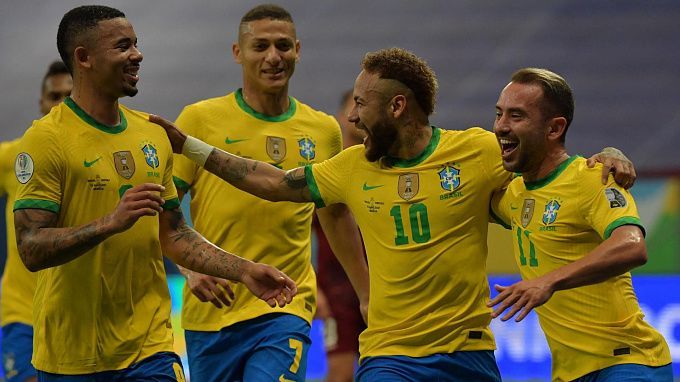 Brazil and Chile will meet in the second match of the quarterfinals of Copa America. These teams are the last winners of Copa America and they have won the last three continental championships. Despite the high status of Chile as the ex-champion of South America, the Brazilians are the favorites to win the Championship.

Brazil could not beat Ecuador in the fifth round of the group stage of the Copa. But still, the Pentacampeones finished the tournament in first place in Group B. Before the score split with Ecuador, the Brazilians had won 10 matches in a row. At the Copa America 2021, Venezuela and Peru finished their match against Brazil scoreless. Against Ecuador, Brazil did not play with all of their strength as the coaching staff gave the team a rest before the crucial matches of the tournament.

The Chileans made it to the Copa America playoffs but only got fourth place in Group A. The Rojos had missed out on Argentina, Uruguay, and Paraguay, finishing just ahead of the weak team of Bolivia. In four games in the group stage, Chile defeated Bolivia, drew twice, and lost to Paraguay. We believe that for the Chilean team it will be a great achievement if they manage just to score a goal against the Brazilians. We doubt that the Rojos have a chance to draw and even fewer chances to win.

The last three head-to-head meetings between Brazil and Chile have ended with a «both teams to score - no» bet. We would not be surprised if this trend continues. Let's not forget that the current Brazilian team has one of the best defenses in the world, on par with Italy and England, so it will be a success for the Chileans just to break through the Pentacampiones' defense. In general, we believe that the upcoming match will not be productive, and the Brazilian team will get a dry victory. We'd like to offer the following odds for the match: W1 for 1.30, TO 2.5 for 2.00, Both Teams To Score - No for 1.50.