Brazil vs Ecuador: The Brazilians will continue to win 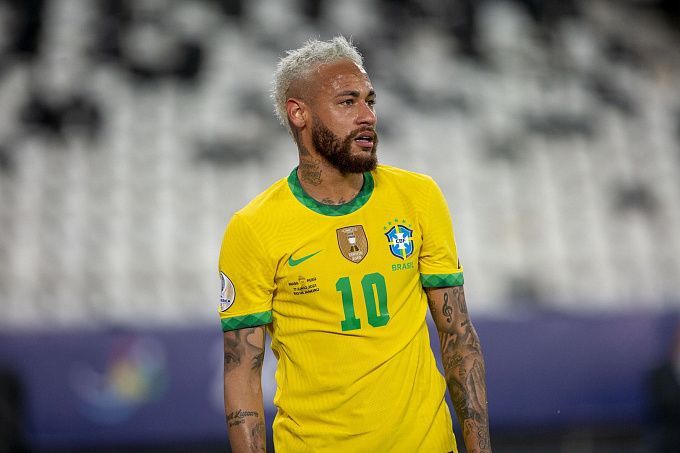 In the entire 31-match history of the games between these two teams, the players of the Ecuadorian national team have beaten Brazil only twice. Will they be able to add a third victory now? Our prediction: Tite's team will be stronger again!

The Brazilian national team continues to show flawless results. The last time they lost points was at their victorious 2019 Copa America, when the Venezuelans managed a 0-0 draw in the group stage. Since then, the Yellow and Green have won 13 consecutive official games with a combined score of 35-4. Crazy record! The Brazilians were close to losing points in the last match when by the 78th minute they were 0-1 down to the Colombians, but then Roberto Firmino leveled the score, and in the 10th added minute Casemiro got another victory - 2-1. Of course, the Brazilians continue to lead Group B.Ecuador current form

The Ecuadorian team continues to go into 2021 without a win. At the end of 2020, they had a very successful campaign, when they had three consecutive brilliant victories over the Uruguayans, Bolivians, and Colombians in qualification for the World Cup-2022, then after the winter break, the results went down sharply. First came the losses against the Brazilians and Peruvians in World Cup 2022 qualifying - 0-2 and 1-2, respectively, then there was a failure at the start of the Copa America in a game against Colombia - 0-1, but with Venezuelans and Peruvians managed to play two spectacular games where they tied with the same score - 2-2, allowing Ecuadorians to climb to fourth place in the Group B standings.

The Brazilian team is by far the best team on the South American continent, which proves this from match to match, winning 13 consecutive battles. Even in games where everything seems hopeless, they save and win. In the upcoming battle, they will play against a comfortable opponent for Ecuador, who for all time won only 2 of 31 face-offs, and the last three full-time matches ended in favor of the Brazilian team with a total score of - 7-0. As a result, we should bet on the victory of the Brazil national team at an odds of about 1.37.

In their last match against the Colombians, Brazil's national team allowed themselves to concede, which is a real rarity for them, as in the last 13 meetings the opponents of the Brazilians have only managed a total of four goals (0.31 average per game). That's a crazy rate! It is obvious that Tite has established in the Brazilian team reliability in defense, so now it is particularly difficult for the opponents, in addition, after the missed goal in the last match the Brazilians will obviously tighten the screws. On this basis, the optimal variant for the forecast seems to be an individual total of Ecuador less than 1.5 goals at odds close to 1,14.

In the last round, the Brazilian national team almost lost points, as it started the match badly, and could not break the defense of the Colombian national team. It is obvious that now Tite's charges should try to spend the first minutes of the meeting to show the opponent who is the favorite here. A quick goal will allow the Pentacampeones to play calmly according to the score, increasing the advantage on the counterattack, which they can do perfectly, so it is worth looking at the bet on the total of more than 0.5 goals with the odds of about 1.20.