Chile vs Bolivia: A Chilean victory and a Bolivian goal? 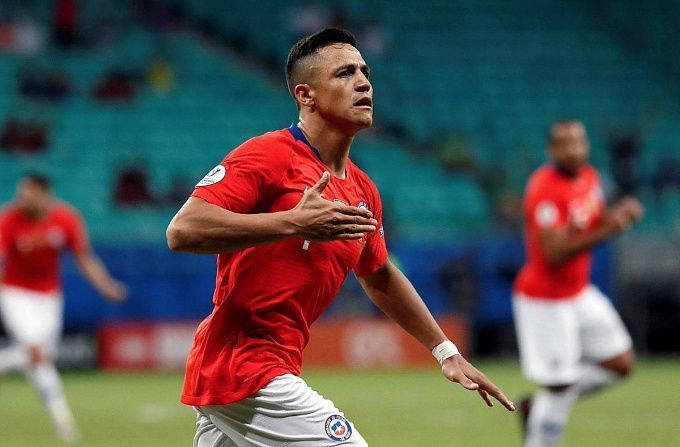 The second round of Group A of the Copa America 2021 will begin with a match between Chile and Bolivia. The Chileans are quoted as the big favorites among this pair, which is not surprising given the limited capacities of the Bolivians.

Chile: not a bad start in the Copa

The Chilean national team draw series continues, the Reds have already played three consecutive matches with a score of 1-1, including the match of the first round of the Copa against Argentina. According to statistics, the Chileans were not so much inferior to their opponent, well, except for the number of shots to the goal. It should be noted that the Chilean national team once again played under the scheme 4-3-3, this time Vargas was at the tip. By the same scheme, the Chilean national team played with the Argentinians in qualifying for the World Cup 2022, as well as in March against Bolivia, which ended with a score of 2-1 in favor of Chile. But in the game qualifying for the World Cup against the same national team of Bolivia in June, the Reds were playing three defenders, the scheme 3-4-3. And this tactical arrangement ended in failure for Chile, a tie against the outsider, 1-1.

Chile is the favorite team against Bolivia. However, we have already drawn attention to the fact that the Bolivians, despite their apparent weakness, regularly score, including the top South American teams. For the opening match of the second round of Group A, we offer the following bets: W1 for 1.22, Both Teams To Score - Yes for 2.25, TO 0.5 goals for 1.03.