Colombia vs Peru: the Incas will be stronger 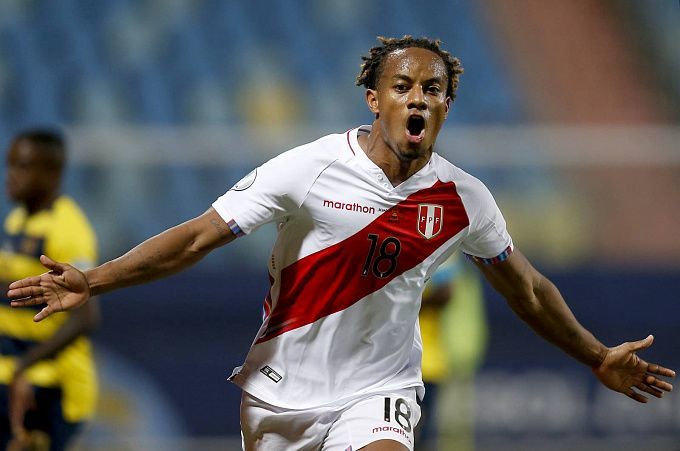 Colombia and Peru will play the match for third place in Copa America 2021. We should note right away the fact that these teams have already crossed paths in this Championship, during the group stage and the Incas won by scoring twice and conceding once. However, bookmakers believe that this will motivate the Cafeteros to fight as much as they can to win this match.

The Colombian team started at the Copa with a victory over Ecuador with a score of 1-0. However, at the moment, this victory in regulation time remains the only one for the Cafeteros at the tournament. After the victory over the Tricolor, the Colombian team tied with Venezuela and lost to the Incas and the Pentacampeones. In the playoffs, Colombia, thanks to a better-executed penalty shootout, passed Uruguay in the standings, but in the semifinals, the Cafeteros could not beat the Albiceleste. It is a fact that 50% of Colombia's matches ended in a draw.

This is the second time in a row that Peru has reached the semifinals of the Copa. If Brazil and Peru played against each other on an earlier stage of the playoffs during the last Copa America, Peru would have not been able to reach the finals as they did. However, the Peruvian team still has a chance of winning the bronze medal. We have already noted that the Peruvian team is falling behind in World Cup 2022 qualifying. It is doubtful that we will see the Incas in the next World Cup. But at Copa America, the Peruvians have lost exclusively to the Brazilians, the strongest team on the continent. In addition, the Peruvians beat Colombia and Venezuela, tied with Ecuador and Paraguay in regulation time, but beat the Guaraní, thanks to a better penalty shootout.

Colombia did not make much of an impression in Brazil. The Cafeteros has won only one match in regulation time, unlike Peru. We should recall that the Colombians knocked out Uruguay exclusively thanks to the best realization of penalties. The Peruvians, in their turn, were able to put up a fight against the Brazilians in the semi-finals and beat the Colombians at the group stage. Here are the odds for this game: TO 2.5 for 1.89, W2 for 4.80,Both Teams Will Score - Yes for 1.65.