Colombia vs Peru: Peru has no chances of winning? 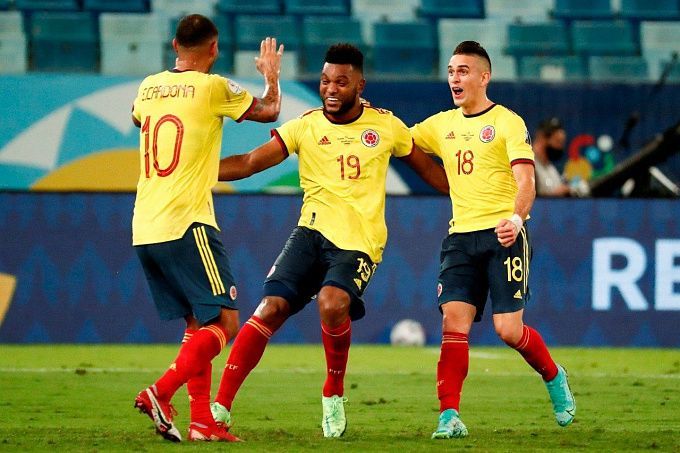 Monday's Copa America 2021 concludes with the game between Colombia and Peru. The Peruvians have recently become convenient opponents for the Colombians, so it should come as no surprise that the Cafeteros are the favorites for the upcoming game.

Team Colombia: Not a single defeat in 2021

Last year, 2020, the Colombian national team finished in disgraceful defeat against Ecuador with a score of 1-6. However, at the Copa America, the Cafeteros managed to take revenge on Ecuador for that defeat, though not as confident as we would have liked, three points were put in the treasury. In addition to the victory over Ecuador, the Colombians played a 0-0 draw in Brazil against Venezuela. Although, frankly, it is even surprising how the Colombian team was unable to win the match because it has caused more than 20 blows towards the Venezuelan goal. Before the start of the third round, the Colombian national team is in second place in Group B, behind only the Brazilian national team.

It's amazing how the Peruvian team has degenerated in two years. In the last Copa America, Peru played in the finals against the Brazilians. Now there is no certainty that this team will make it to the quarterfinals. By the way, in the 2022 World Cup qualifiers, Peru is in last place, 10th in the group, behind Venezuela. That says a lot. The Peruvian team, unlike the Colombians, played only one match at the Copa and lost to Brazil with a score of 0-4.

Team Colombia has won three straight matches against Peru without conceding a goal since 2017, scoring seven goals in that time. We believe that Colombia will have no problem beating Peru tomorrow, which has big problems in the game plan, both in attack and defense. We'd like to offer you the following bets: W1 for 1.68, Total Colombian Goals Under 1.5 for 1.72,Both Teams To Score - Yes for 2.20.